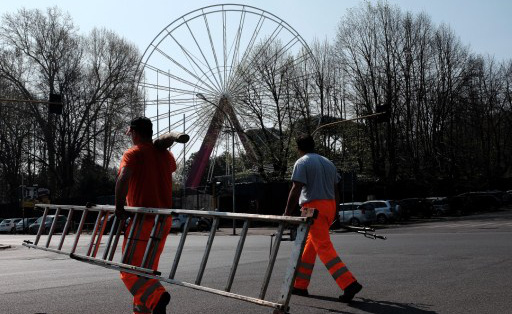 And the Luneur theme park in Rome has had a bit of a makeover.

During the 54 years it was open, it was beloved by Romans of all ages before it closed amid financial and legal woes in 2008.

Now Luneur – which takes its name from the EUR district of Rome in which it is situated – will cater to children under 13 in particular.

The 25 child-friendly attractions include dodgems, a Wizard of Oz-inspired yellow brick maze and an interactive role-playing game called the Elven Path. The park has been closed for eight years. Photo: Alberto Pizzoli/AFP

There will be special rooms for breastfeeding and baby-changing, events for pregnant mothers, trails and events designed for schools, and children's menus in all the eating areas.

The opening celebrations on Thursday will take place from 2pm onwards. And the park is opening just in time for Halloween, meaning there will be extra festivities (in fancy dress) between October 29th and November 1st.

The video below explores the abandoned amusement park.

In fact, the park was never intended to be permanent. The rides were set up as part of Rome's 1953 Agricultural Fair, but were so popular that authorities decided to keep the site open for a few months each year.

After the 1960 Rome Olympics, the park was open all year round, before returning to a limited open season after five years and eventually closing in 2008.