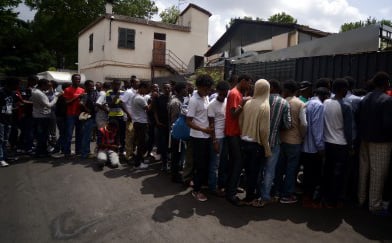 File photo of migrants queuing for food at a reception centre: Filippo Monteforte/AFP

The director of a company responsible for providing accommodation to migrants was reportedly arrested by police in Potenza in the Basilicata region on Friday morning.

The man, who was the sole head of the company, has been charged with aggravated fraud for misuse of public funds.

According to La Stampa, the director is accused of lying about the number of migrants hosted in the accommodation, allowing him to siphon off thousands of euros in the period between March 1st and December 31st last year.

Public prosecutors are also investigating two others for misuse of public funds. The men also work for companies involved in migrant reception.

Police have seized some of the companies shares, Bari Today reported, and are carrying out searches of the houses of the other two suspects, one of whom is based in Potenza while the other worked in Bitetto, Bari.