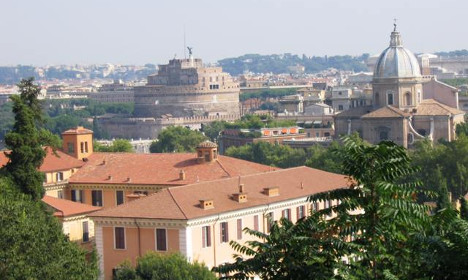 The woman was found in Rome. Photo: Mac9/Wikimedia

The picture of the woman, dressed in a long skirt, rain coat and black sneakers, was shared widely by several international media outlets after police found her sleeping rough in a square in central Rome.

Some even speculated that she could be Madeleine McCann, the three-year-old who disappeared in Portugal nine years ago, but Italian police dismissed those claims, saying she was in her twenties.

A man in the Stockholm area has now told Swedish media that the photo is of his 21-year-old daughter, who left Sweden six months ago and is understood not to have been in touch with her family since.

In a social media post seen by The Local he comments that it is “difficult when your child disappears” and “painful” to see the pictures of her “as homeless” in the Italian capital.

“I wish that she wants to come home now, but that's not at all certain. It's important that it gets out that this is a Swedish girl, and not pretend that it's that other girl, Madeleine. It only gives them false hope,” he told the Expressen tabloid late on Tuesday.

He said that he, her mother and brother would try to travel to Rome on Wednesday to find her. Because she is not underage, Swedish authorities have not attempted to trace her, and the Italian Carabinieri police released her on Tuesday because she was not under suspicion of anything.