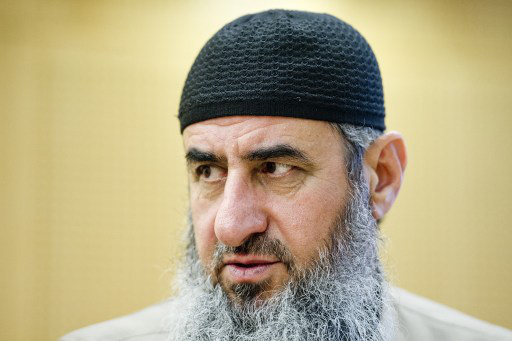 Najmuddin Ahmad Faraj, better known as Mullah Krekar, at court in Oslo. Photo: Jon Olav Nesvold/NTB Scanpix/AFP
Krekar had appealed against earlier decisions by the Oslo District Court and the Borgarting Court of Appeal, but Norway's highest court upheld the decisions on Wednesday and cleared the way for Krekar's extradition.
The 60-year-old Islamist can now be sent to Italy to stand trial on charges that he led the Rawti Shax, a network that has planned to carry out attacks in the West.
According to broadcaster NRK, the Norwegian Justice Ministry will now formalize the extradition process.
Krekar's lawyer, Brynjar Meling, said he is considering filing an appeal to the Justice Department and may file civil charges. NRK reported however that Krekar could be extradited before any new legal challenge is presented.
Krekar was arrested in November of last year, along with a number of men in several countries in Europe, in a coordinated action ordered by the Italian police. Italian authorities claim that Krekar, who came to Norway in 1991, is the leader of Rawti Shax and have requested his extradition on charges that he is behind terrorist plots.
Krekar sued Norway earlier this year after being acquitted on charges that he made death threats during a television interview last year. In an interview with broadcaster NRK, he said among other things that “whoever insults our religion must know that one of us will die.”
Those comments came in the same interview in which he praised the Charlie Hebdo terror attacks in Paris and were made just one month after he finished a two year and ten month prison sentence for his 2012 conviction on charges that he threatened Norwegian Prime Minister Erna Solberg.
Krekar, a former guerilla leader from northern Iraq, has been in the Norwegian court system over 60 times since relocating to the country.