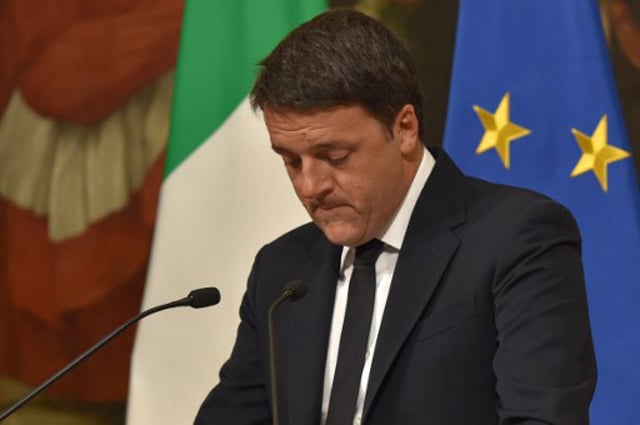 Renzi's rise to power seemed to come from nowhere.

Shortly after his election to government, the 39-year-old mayor of Florence accused the Democratic Party leadership of dragging its feet over key reforms, sparking a bitter feud between him and then-Prime Minister Enrico Letta. At one point, Renzi sent a now infamous tweet with the hashtag “#Enricostaisereno” (don't worry Enrico). But one month later, the Democratic Party voted heavily in favour of Renzi's call for a new government, and Letta resigned. Renzi became the youngest ever prime minister of Italy and the country's third consecutive non-elected PM. On his way – driving the car himself – to be nominated prime minister. Photo: Andreas Solaro/AFP

At the time, the mood was hopeful. The editor of Il Fatto Quotidiano, a paper with anti-establishment leanings, said: “”If Renzi cannot shake us out of this mess, then no one can.” Shaking hands with Letta after being sworn in. Photo: Alberto Lingria/AFP

Top of Renzi's agenda was labour reform, including tax reductions for those on low salaries, protection for workers from unfair dismissal and a Jobs Act which proposed reform to the labour market. Protesters hold smoke flares near a poster of Renzi during a demonstration by Italian unions. Photo: Olivier Morin/AFP

Trade unions and students protested the reform, which they argued did nothing to resolve the precariousness of the jobs market. Almost a million participants in one protest in Rome, but the reforms were passed  despite the heavy opposition. A balloon shows Renzi as Pinocchio during a general strike. Photo: AFP

Renzi claimed that a subsequent fall in unemployment showed the reforms had worked, but the jobless rate remains high in Italy, particularly among young people – more than a third of whom are without work.

In the end, this was one of the reasons many Italians turned against Renzi and voted against his latest set of reforms.

One of the main challenges of Renzi's time in office was migration, with arrivals to Italy by sea increasing almost threefold in 2014. The crisis is far from over, with record arrivals already in 2016.

Speaking about the record numbers, Renzi said: “it is a big problem but we are not facing an invasion“. At an EU summit to discuss Europe's response to the crisis. Photo: Emmanuel Dunand/AFP

The PM blamed other EU countries for failing to assist Italy, saying: “Europe's responses so far have not been good enough.” But at home, he faced criticism from opposition leaders and the public over his handling of the crisis, with cities such as Milan struggling to cope with the increased need for emergency accommodation. An Amnesty International activist holds a boat of paper reading “Renzi welcome migrants” during a flash mob in front of the Pantheon. Photo: Gabriel Buoys/AFP Renzi's closest allies included outgoing US President Barack Obama – who hosted Renzi at his final state dinner – and French President Francois Hollande, who announced last week he would not run for a second term. He and Japanese president Shinzō Abe built a close relationship as both tried to combat austerity and reform their country's constitutions, while Egyptian president Abdel Fattah el-Sisi was a key ally in discussing the Mediterranean migrant crisis. One of the most significant bills Renzi introduced was the one recognizing same sex unions. Having originally pledged to get it passed by the end of 2015, a watered-down version finally became law earlier this year, following months of amendments and heated debate. Supporters demonstrate in favour of the bill in Rome. Photo: Filippo Monteforte/AFP

Renzi called this “a victory for love”, but expressed his sadness that a stepchild-adoption clause had not been included in the final version. Reflecting on the toughest moments of the 1000 days he'd spent in office, shortly before Sunday's referendum, Renzi singled out the 2015 terror attacks in Paris – in which one Italian citizen died, and which led to a massive increase in security across Europe – and the earthquakes which struck central Italy this year.

A quake near the town Amatrice on August 24th left 299 dead and thousands homeless, while a series of further tremblors near Norcia, also in the central Italian region, thankfully caused no further casualties but left several towns severely damaged. Renzi and his wife Agnese at a funeral service for quake victims. Photo: Alberto Pizzoli/AFP

Renzi visited the towns, speaking to residents and vowing: “Everything will be rebuilt”.

Renzi's fall from power came about just as rapidly as his rise. On Sunday night, just an hour after polls closed in Italy's referendum on constitutional reforms, the 41-year-old announced that he would resign, and on Wednesday evening, he officially tendered his resignation. Many Italians were unconvinced by the reforms themselves, but Renzi's biggest mistake, he acknowledged, had been to personalize the reforms by vowing to quit if defeated. This effectively turned it into a vote on his administration, and the public said 'no'. Renzi said there was “a lump in his throat” as he confirmed he would resign following the heavy defeat. Photo: AFP

Shortly before handing in his resignation, the PM reportedly told colleagues: “I didn't believe they hated me this much.” 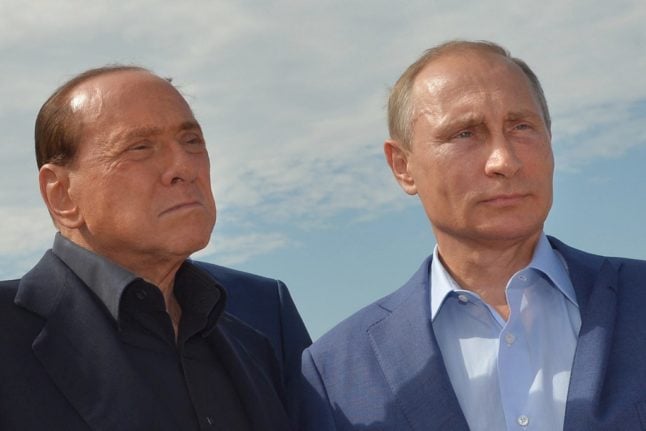