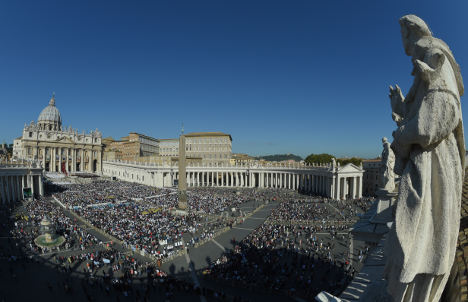 After a request from the family of Rocco Sollecito, 67, who was shot dead in Canada earlier this year, the priest had planned to celebrate a mass in his memory as is the custom in Italy.

Sollecito, who hailed from the town of Grumo Appula outside of Bari in southern Italy, later emigrated to Canada and was suspected of being one of the senior bosses of a mafia organisation in Quebec.

The police chief in Bari ordered the mass to be cancelled over public safety concerns, while the local bishop also prohibited the ceremony, calling it a “grave scandal”.

Delle Foglie said he would appeal to the pope, but during a visit to the region in 2014 Francis excommunicated members of the mafia, which he called “the adoration of evil and contempt for common good”.