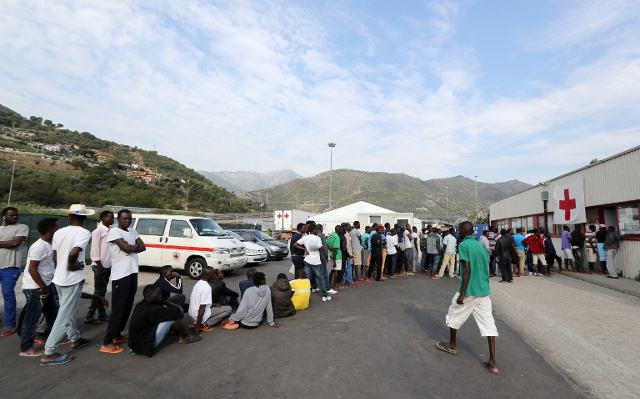 “The criminal organization comprised Egyptians, North Africans, Sudanese, Albanians, many of them with their papers in order, while a few were Romanian and Italian citizens,” a police statement said.

The migrants hailed from Syria, Egypt, Eritrea and Sudan. On making it to
Italy, usually by boat to the southern port of Catania, they headed for the northern business hub of Milan where the network had its main base.

After reaching Milan, the migrants were transferred to Ventimiglia, a town near the French border which saw huge numbers of migrant arrivals in 2016. There, “they were regrouped and hidden” while awaiting transport into France or Austria, police said.

Up to 40 migrants who had paid 500 to 1,000 euros ($530 to $1,065) each were often packed “like meat” into trucks, Ilda Boccassini, a state prosecutor, told a press conference. The trips took place at night, with migrants crammed into car boots and wooden crates inside vans.

Describing the network as a “globalization of evil”, Boccassini said it was just “a drop in the ocean” of human trafficking.

Police broke up the group after a two-year investigation which pieced together 62 clandestine voyages that allowed “hundreds of people” to enter various European countries.

The Italian authorities have issued 34 arrest warrants following their investigation – 18 concerning people based in Italy.

Investigations had been going on for about two years, and were coordinated by the region's anti-mafia police, which deals with organized crime.

In a separate case, police also announced the discovery of an illegal 'printing press' for false documents, in the southern region of Molise.

Traffic police had arrested two people for using false travel documents, and raids on their homes and officers unearthed a treasure trove of fake ID's. The pair had created several different kinds of documents, including ID cards, driving licences and insurance certificates.

Officers also found “a large sum of cash, machinery and tools including hardware and software – a kind of “technology lab” for falsifying documents,” police said in a statement. The duo, both from Molise, have been arrested on charges of handling stolen goods, forgery, money laundering and fraud.