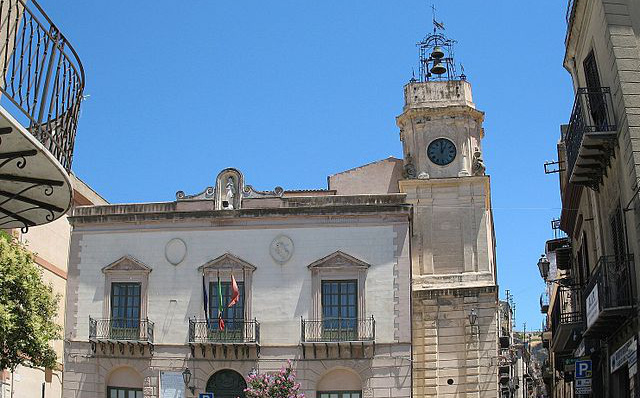 The town centre of Corleone, the town made famous by film 'The Godfather'.

Salvatore Riina, son of notorious “boss of bosses” Toto Riina, was asked by doting parents to do the honours at a baptism and found it was an offer he couldn't refuse, Italian media said on Thursday.

But news of the December ceremony has sparked a protest led by a local bishop who is calling for it to be declared void.

Michele Pennisi, bishop of Monreale near Palermo, has publicly chastised Vincenzo Pizzitola, the 73-year old priest in the town of Corleone who conducted the baptism, for giving Riina junior permission to be a godfather.

Corleone, which has produced a series of violent Mafia bosses, rose to international fame thanks to the film “The Godfather”.

In the Roman Catholic tradition, a godfather is a confirmed believer entrusted to guide the child in its personal and religious development.

Salvatore Riina, who has served eight a half years in jail for mafia association, was asked by his sister Lucia to be godfather – but his past ties to the Mafia mean he cannot claim to be a practising Catholic.

Pope Francis declared war on organized crime in 2014 by “excommunicating” all mafiosi from the Catholic Church, so Riina would have to show he was truly repentant to be allowed to return to the church and don his godfather hat.

“He has not repented, he cannot be a guarantor of the faith,” the irate Pennisi was quoted as saying by La Repubblica daily.

Numerous priests in Italy fight against the big three – the Cosa Nostra in Sicily, the 'Ndrangheta in Calabria and the Camorra in Naples – sometimes paying for their bravery with their lives.

But the Italian Church also has a darker side. Mafia dons have historically attended mass, often receiving lavish funerals and presenting themselves as Catholic benefactors, aiding local residents where the state has failed.

Salvatore's father Toto carried out a widespread, lengthy and barbaric murder campaign that peaked in the early 1990's with the deaths of antimafia prosecutors Giovanni Falcone and Paolo Borsellino.