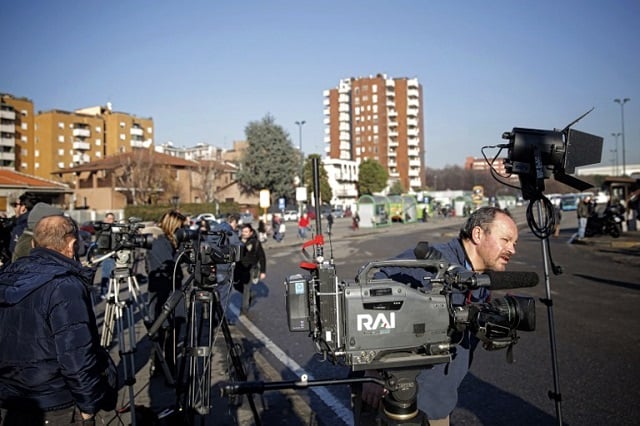 Journalists gather near the site where Amri was killed. Photo: Marco Bertorello/AFP

They approached Amri after seeing him loitering around Milan's Sesto San Giovanni railway station. After Amri fired at Movio, hitting him in the shoulder, Scata shot him dead.

The officers were hailed nationwide for their actions, not least by the country's Prime Minister Paolo Gentiloni.

But the praise began to evaporate after messages the pair had posted online surfaced, some racist in character and others suggesting support for Italy's fascist era of the 1930s and 1940s.

The men's social media profiles were removed and they were both placed under police surveillance amid fears for their safety.