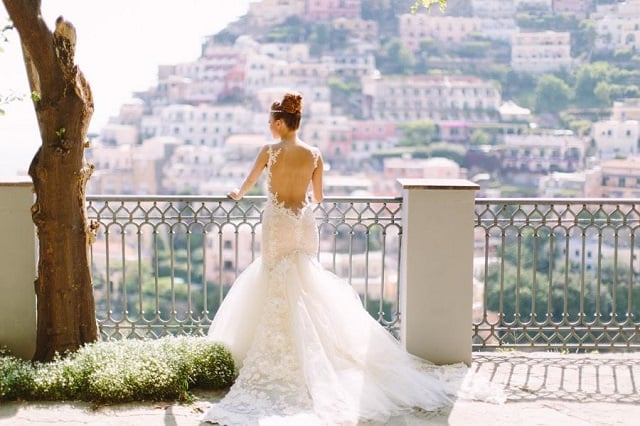 “There are plenty of reasons to host your wedding in Italy: a personal connection to the country, the romantic connotations, warm weather, or just the geographical location,” says Bonnie Marie, who has been working as a wedding planner in Italy for over 20 years.

“Italy can be a convenient half-way point – or an excuse to cut down on the guest list! The idea of an all-Italian wedding dinner complete with local wines alone might be enough to inspire you to elope.”

Bonnie fell in love with Italy as a child when her father was stationed here, and made a promise to herself to return one day. “As soon as I left college, that's what I did,” she says, and after 20 years working as an English teacher, she opted for a career switch and now uses her local expertise to help non-Italians plan destination weddings in Italy.

“The ‘I do’ moment brings a tear to my eye every single time. I'm a firm believer in marriage and love helping to make the day perfect for the bride, groom and guests,” she says.

For Alice Fognani, who runs wedding planning company SposiamoVi, the biggest problem with hosting an Italian wedding is that you and your guests might never want to leave. “The main risk is that you fall madly in love with Italy and Italians,” she jokes.

But there are also practical matters to take into account. Here are five key things to think over if you're planning a wedding in Italy, from people who've done it dozens of times.

Weddings in Italy are usually fairly traditional, often Catholic affairs, without the added extras which are common in other countries. For example, Italian couples will usually have only one best man and one maid of honour, who also act as the legal witnesses, rather than a troupe of bridesmaids.

“Ceremonies are held in the morning at around 11 and receptions are a long lunch, lasting five or six hours,” explains Bonnie. “And there usually isn't any music played at weddings unless the bride and groom have a party with their own friends later in the evening.”

While there's no reason foreign couples shouldn't bring their own traditions with them, it's useful to understand how weddings tend to work in Italy. This way, you'll avoid crossed wires with suppliers and venues and make sure your expectations for the day match up.

Tuscany is the most popular region for foreign lovebirds, which Bonnie recommends due to the “unbeatable quality-price ratio”.

“The Amalfi Coast is the second most popular and there's no doubt why – it's absolutely gorgeous,” she says. “But it's my least favourite place to work because of the difficult logistics.”

Indeed, transfers between the region's towns might look doable on Google Maps, but in the summer the area becomes crowded with tourists. Combined with the rugged landscape and narrow roads, this can make for a lengthy trip between the ceremony and reception location if you forget to take these factors into account.

“We recommend that couples explore areas off the usual tourist track,” says Alice. “The Amalfi Coast, Italian Lakes and Venice are certainly beautiful, but so are Portofino, Apulia, and Sicily.”

“Italians have a well-deserved reputation for being laid back,” notes Alice. “This is often a positive – but not when you're in stressed-out bride mode and need to know exactly what's going on with your flower arrangements.” “We've had many clients get stressed because of suppliers taking a long time to reply or not understanding English, so having a local support system with fluent English and Italian is essential,” she says.

Both women also recommend booking your wedding well in advance if you hope to use one of the most popular locations, as these tend to get booked up faster than you may expect.

Red tape might not go with the lace and pastel colour schemes of your dream wedding, but in Italy it's a necessary evil. Paperwork needs to be tackled efficiently, and couples may have to accept that some aspects of a fairytale wedding won't translate into real life.

“You may have to give up some things if they are either not available in the country or not common practice,” explains Bonnie. “For example, you might have your heart set on a fairylight ceiling stretched over your reception dinner, but the 11th century castle you've hired for your wedding won't allow that kind of electrical installation.

“Or maybe you want to have a legally binding ceremony in that same castle, but the premises are not authorized by the city.”

For Alice, the highlight of the day is if the bride or groom has included a unique personal touch – especially if its a surprise. “One couple had a ballerina flew up in the sky of Portofino suspended by 250 balloons to deliver a very special gift – my heart skipped a beat!” she says.

Other details are more mundane but no less important.

For example, a wedding reception in a medieval old town might look great in the photos, but will mean requiring your guests to walk on ancient cobbles or uneven roads. “We have to make sure the guests are prepared for this kind of thing – ladies, bring your wedges!” says Alice. 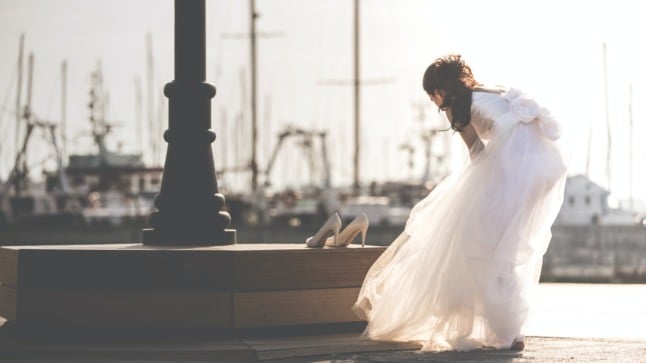 WEDDING
Ask an expert: ‘How can I still have my dream Italian wedding under Covid restrictions?’ 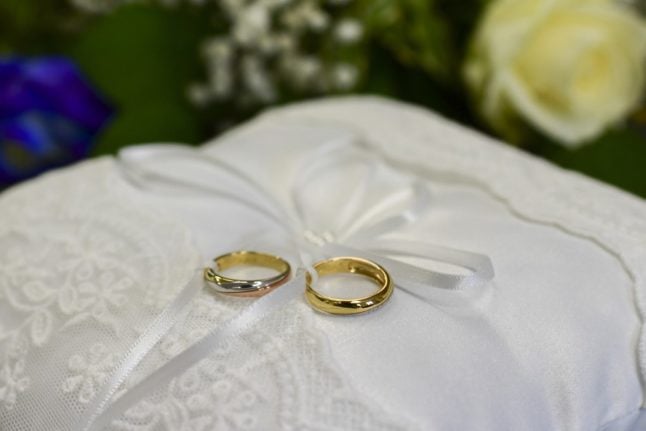 TRAVEL
Reader question: ‘Can our wedding in Italy go ahead this year?’

Holly and Gianluca on their wedding day in Capri. Photo: Private PARTNER CONTENT
Spring is in the air, could romance be too? A new survey has the answers
Url copied to clipboard!