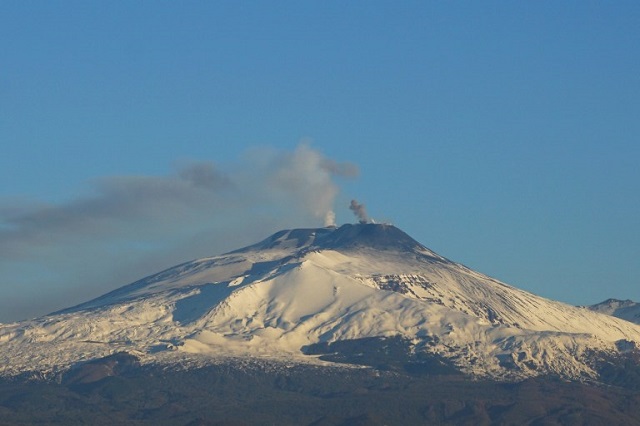 The volcano – Europe's highest and most active – spewed lava and volcanic ash almost constantly, reaching a peak at around 5:45pm, and again at 11pm.

By Thursday morning, Ingv said the volcanic activity at Etna was starting to diminish and return to its normal state.

The video below shows volcanic ash being thrown into the air.

In this video, the eruption is shown on thermal cameras, which were located around 3km from the volcano's mouth.


Volcanologists said Wednesday's eruption was 'Strombolian', meaning it saw explosive bursts of activity during which cinder, ash and smoke are ejected from the crater with great force.

Its last eruptive episode lasted from February 27th to March 1st, with dramatic, vertical streams of lava continuing to erupt for several days.

Before that, experienced a flurry of activity in January, which saw some local schools briefly evacuated.

Together with Mount Vesuvius near Naples, Etna is one of 16 volcanoes in the world designated as 'Decade Volcanoes' by the UN, which means that they are studied particularly closely due to the frequency of activity and density of nearby population.