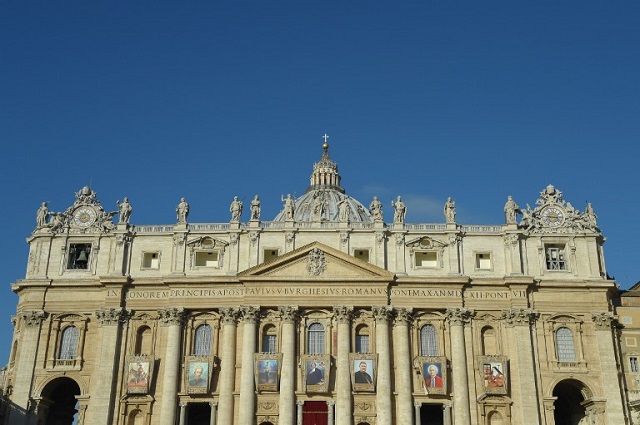 The Pontifical Commission on the Protection of Minors made the recommendation after a weekend meeting.

It was the panel's first meeting since Marie Collins, an Irish survivor of abuse, angrily quit after a similar request was turned down.

“The Commission discussed the importance of responding directly and compassionately to victims/survivors when they write to offices of the Holy See,” the panel said in a statement issued on Monday.

“Members agreed that acknowledging correspondence and giving a timely and personal response is one part of furthering transparency and healing.”

The statement added: “They acknowledged that this is a significant task due to the volume and nature of the correspondence and requires clear and specific resources and procedures.”

The panel was set up by Francis two years ago to advise him on concrete measures for ensuring the safety of minors after the Church was hit by a string of paedophile scandals.

On March 1st, Collins, a 70-year-old Irishwoman who was raped by a hospital chaplain at 13, resigned from the commission, accusing senior Vatican officials of throwing up roadblocks to reforms.

She singled out the dicastery, or Vatican ministry, which is in charge of the clerical abuse dossier, saying it was guilty of a “shameful” lack of cooperation.

The final straw, Collins said, was the refusal to guarantee that all letters from victims or survivors would receive a response, and to cooperate with the commission on developing guidelines to protect children.

Indirectly responding to Collins, Cardinal Gerhard Ludwig Mueller, in charge of the dicastery, said it was for local bishops, not the central authority of the Holy See, to reply to abuse victims.

“It's a misunderstanding to think that this dicastery in Rome could deal with all the dioceses and religious orders in the world,” he said.

Separately, the commission on Monday said it would carry out further trips abroad to strengthen awareness of child protection procedures.

Collins' departure left the commission with no abuse survivors working for it.

Peter Saunders, a Briton, was sidelined last year after a row over the panel's handling of allegations of serial abuse by an Italian priest that were brought to its attention.