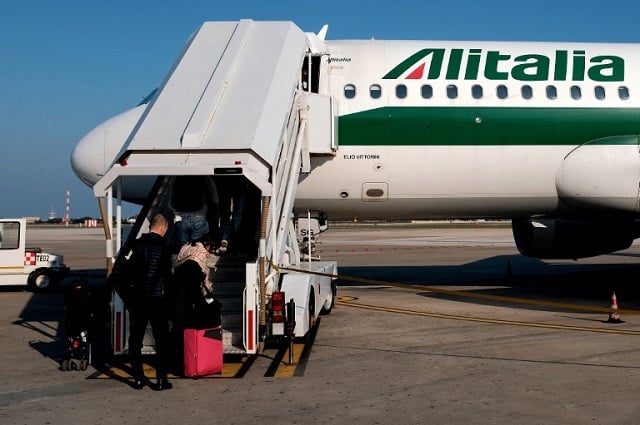 Both national and international flights are affected, though the airline guaranteed those scheduled for between 7am and 10am and 6pm to 9pm.

Several unions are holding a 24-hour strike, with others joining the walkout between 12 and 6pm.

The airline said it had put in place measures to minimize disruption, with bigger aircrafts in service and 92 percent of affected passengers allocated to alternative flights. Half of this number will be able to fly on the same day as planned.

Extra staff are on hand at Rome Fiumicino and Milan Linate airports, and the full list of affected flights is available on the airline's website.

Talks on a turnaround plan to save the troubled carrier will begin on Thursday, including Alitalia's outgoing and incoming presidents and several Italian government ministers.

The last strike took place just two weeks ago, following reports that the airline planned to cut one fifth of its staff andslash salaries by nearly a third.

Extensive jobs cuts have been anticipated for months at the loss-making Italian carrier which announced a drastic cost-cutting plan in March.