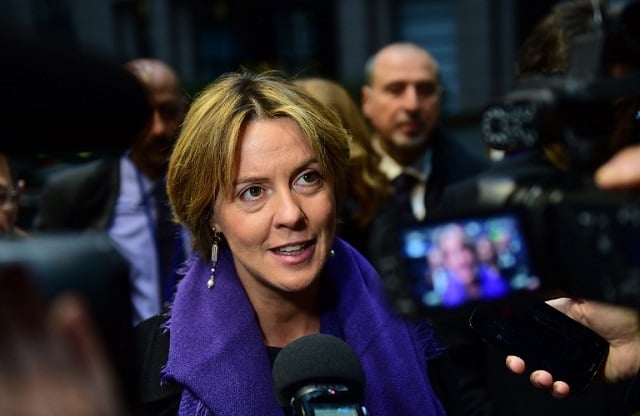 The minister, Beatrice Lorenzin, accused the team behind the popular Rai3 documentary series, “Report”, of “spreading fear by propagating unfounded and unscientific theories” about the human papillomavirus (HPV) vaccine in a programme broadcast on Monday.

The programme began with a disclaimer saying it was not questioning the efficacy of the vaccine, which has significantly reduced the incidence of cervical cancer, a disease that kills more than 250,000 women annually around the world.

The programme went on to highlight Danish research on potential side effects of the drug and a related complaint to the European Medicines Agency (EMA) over its handling of safety issues related to the vaccine and potential conflicts of interest for some of its staff.

The Nordic Cochrane Centre, the independent research group that filed the complaint, said on Wednesday it was still awaiting a response from the EMA on most of the issues it had raised.

Lorenzin said in a statement that the vaccine was “safe and very effective, contrary to what was claimed on public television without any counterview being offered”.

Rai, a state-funded broadcaster, also came under fire from prominent medical figures and said it would look into whether the programme's content was balanced.

Rumours the popular programme could be pulled off air sparked angry reactions on social media on Wednesday, with tweeters threatening to refuse to pay the television licences that help finance Rai.

Much of the online discussion was fuelled by Beppe Grillo, the leader of the populist opposition party, the Five Star Movement (M5S).

Grillo has been severely criticized in the past by doctors and health officials for his role in helping to fuel concern in Italy over discredited claims the vaccine for measles, mumps and rubella (MMR) could be responsible for the rise in the incidence of autism in the industrialized world.

The health ministry reported last month that cases of measles had tripled in Italy in the first ten weeks of the year compared with the same period in 2016, and blamed MMR scare stories for the spike.

Italy was one of the countries where the MMR-autism scare had the biggest impact, partly because a 2012 court ruling gave it credence.

The ruling, giving compensation to the family of an autistic boy on the grounds his condition was likely caused by the jab, was overturned on appeal three years later.

The notion of an MMR-autism link was first suggested by a British researcher, Andrew Wakefield, in a 1998 paper for medical journal the Lancet that was subsequently discredited.

The paper was withdrawn in 2010 and Wakefield was barred from practising medicine. Numerous major studies since have found no evidence of a link.