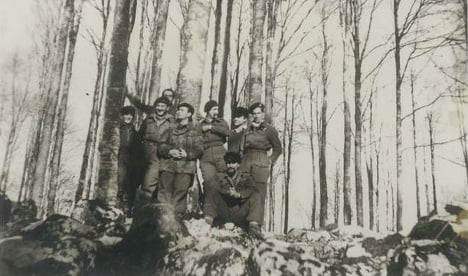 Just across the Alps, Italians were protesting German occupation and hiding out in the homes of willing locals.

Despite the fact that many British and Commonwealth nationals lived and fought alongside the Italian partisans, this entry in Italy’s history has largely been ignored.

April 28th, 2015 marked 70 years since the death of fascist dictator Benito Mussolini. But even after all this time, Italians struggle to agree on what really happened to them under his reign and during the war.

Italy’s experiences in World War II of course differed from those of France. The former entered the war on Germany’s side and the latter against it.

But when Italy switched sides and became an ally of the US, UK and Soviet Union in September 1943, things changed dramatically. There were still numerous German troops in the country and these went from being friends to foes, literally overnight.

From there, Italy pushed a particular reading of events in the interests of recovering and rebuilding after the war. It posed as a land of anti-Fascist sentiment, led astray by Mussolini and a handful of fanatics.

The message was that Italians were anti-Fascists who contributed to defeating the Germans and accelerating Allied victory on the Italian front. Apart from a minority of aberrant Fascists (servants of the Germans) every true Italian had been a partisan or sympathetic to the cause of liberation. This narrative enabled Italy to negotiate relatively less harsh terms at the victors' table.

The trouble is, this vision does not reflect everyone’s memories. Enmeshed in the clear-cut mainstream mythology of “us” against “them” are nuances of complicity, participation, betrayal and ambiguity.

In some recollections, Italians speak fondly of the good German officer who deserted and joined the resistance. In some towns and villages in the Italian north-east, local remembrance clusters around the trauma caused by bad partisans who looted and killed out of personal grudges or “lost the plot” and killed indiscriminately.

There were spies who acted as partisans by day and informants to the Nazis by night. In some quarters, partisans of different political colours butchered one another, even though they were supposed to be on the same side. There were tributes to kindly Fascist administrators, beloved of their communities but murdered by partisans and there were cases of special agents for the allies killing each other.

Old-timers – the veteran partisans – often deny that a civil war took place in Italy during World War II. They explain, more or less calmly, that a civil war entails two clashing factions with equally important and noble ideals and argue that could not be seen as the case in Italy.

The ex-partisans will tell you that the Fascists were morally bankrupt swine. They were un-Italian and thus devoid of a moral ground from which to fight. Fascists, on the other hand, will tell you – albeit rather more demurely for the most part – that they too fought for the Fatherland and the honour of Italy. As it turns out, they were utterly besotted with Mussolini’s truculent epic narrative of warriors and martyrs.

With all this confusion, it is clear that a simple version of events is not possible. But we could be a little more aware of what happened in Italy between 1943 and 1945 in order to remember it in a fair and balanced manner. Many people made sacrifices to pursue their goals, aspirations and ideals – and should be remembered with respect and an open mind.

It’s easy to pass judgement on Italy and Italians now but to live through those turbulent two years – and to experience danger, oppression, hunger and cold like they did – was something few of us today can really appreciate.

Sarah De Nardi is Honorary Research Fellow in Cultural Geography of the Italian Resistance at University of Hull.