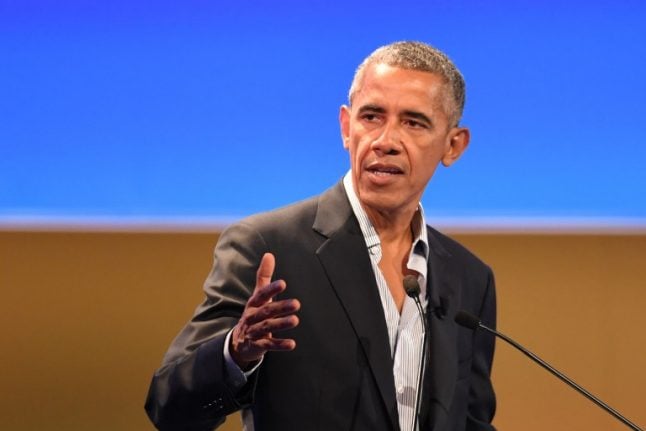 Wearing a navy blue suit and shirt without a tie, Obama took questions in a relaxed session led by Sam Kass, his former White House chef and senior advisor on nutrition policy. In 2015, First Lady Michelle Obama had spoken about healthy diets at the Milan Expo, but her husband didn't accompany her.

The former president, who left office in January, said his eight years in the White House had taught him to be less anxious, but still the job was gruelling.

“The burdens of leadership are true in any country. But in part because of the security apparatus around the US president, you live in what's called the bubble,” he said.

While calling it “a very nice prison”, he said “you don't have the freedom of movement to just take a walk or sit in a cafe, because there's always the security concern around you.

“Now I am only captive to selfies, which is almost as bad,” he quipped. “I can walk anywhere as long as I don't mind taking a selfie every two steps.”

Earlier in the conference the former Democrat president said the US and China had to “lead the way” in fighting climate change, acknowledging obvious “differences” with his Republican successor Donald Trump on environmental policy.

“The good news is the private sector has already made a determination that the future is clean energy. Those things are locked in now, into the energy sector,” he said.

“Because of the debates taking place in the current administration the steps may be taken more slowly than they would have been done, but I'm confident,” he added.

READ MORE: The latest political news and views from Italy