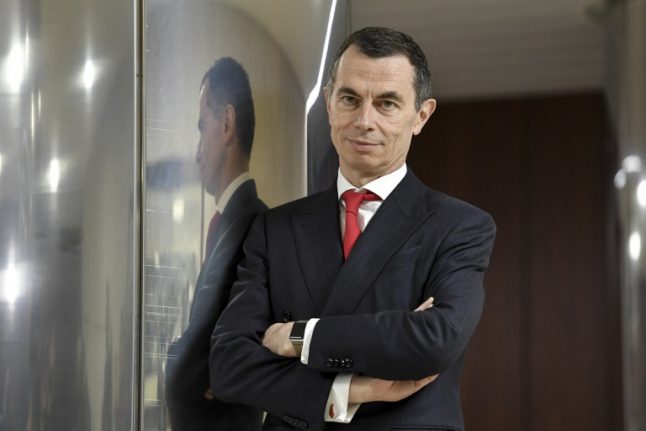 UniCredit said in a statement that net profit soared to 907 million euros ($987 million) in the period from January to March from 406 million euros a year earlier.

The figure was also much higher than analysts' forecasts for net profit of around 612 million euros.

The announcement sent UniCredit's shares up more than 4.3 percent on the Milan stock exchange, while the overall market was up a more modest 0.5 percent.

Writedowns and non-recurring items connected with the vast restructuring programme had pushed UniCredit into a massive loss of 13.6 billion euros in the fourth quarter of 2016.

“UniCredit had an encouraging first quarter with all core business lines contributing positively to the group,” said chief executive Jean-Pierre Mustier, a Frenchman who took over the reins of UniCredit last July.

They also illustrated that the restructuring programme was “already actively contributing to our performance.”

UniCredit said that it was sticking to its forecast for its core capital ratio – a key gauge of a bank's ability to withstand a financial crisis – to be “above 12 percent” at the end of the year.

UniCredit, Italy's biggest bank in terms of assets, was among the worst performers in stress test results published by Europe's EBA banking regulator in July.

In a bid to beef up its capital buffers, it raised 13 billion euros in fresh capital in February in a share issue that was fully taken up by investors.

As part of the restructuring programme unveiled in December, dubbed Transform 2019, UniCredit is planning to axe the equivalent of 14,000 full-time jobs from an overall workforce of 101,000 by the end of 2019.

It also plans to shed 17.7 billion euros in so-called non-performing loans, which are loans deemed as unlikely ever to be paid back.

Late on Wednesday, it announced an agreement to divest a portfolio of 500 million euros in non-performing loans, a deal that is expected to impact the bank's second-quarter results.

UniCredit said its first-quarter revenues amounted to 4.8 billion euros, which represented an increase of 3.4 percent year-on-year and a jump of 11.7 percent over the previous quarter.