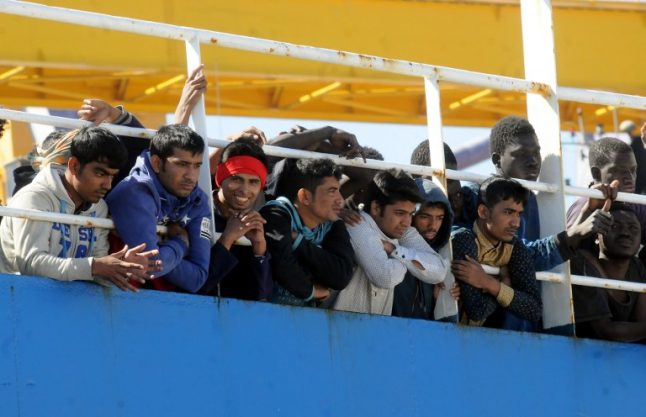 File photo of migrants being brought to Italy after being rescued at sea. Photo: Alessandro Fucarini/AFP

Some 484 migrants were plucked from dinghies in four operations involving coastguard boats, an Italian navy ship, the German NGO Sea Eye and the OHIO mercantile ship.

The bodies of seven men were recovered during the operations.

More than 45,000 people have been rescued and brought to Italy so far this year, a 44 percent increase from the same period in 2016, according to Italy's interior ministry.

About 1,309 have died or are feared dead after trying to make the journey, the International Organization for Migration said.

Nigerians make up the largest group, followed by people from Bangladesh, Guinea and the Ivory Coast.

Nigeria is home to Boko Haram, which has terrorised the country with an eight-year fight to create a hardline Islamic state that has killed some 20,000 people and forced at least 2.6 million others to flee their homes.