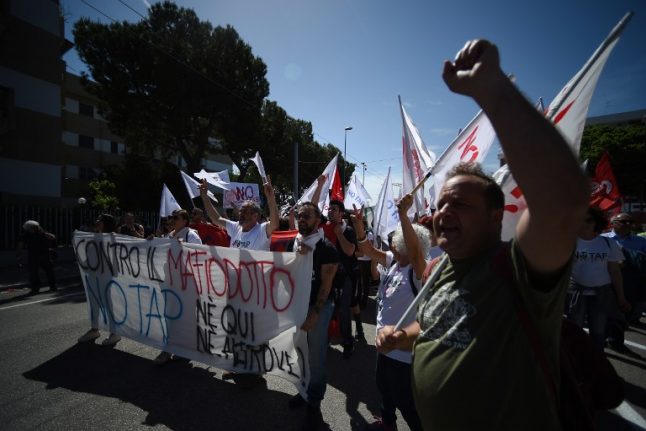 More than 200 opponents of the project to pipe gas from the Caspian Sea to Italy via Turkey, Greece and Albania tried in vain to block the transfer of 11 of the some 200 trees due to be moved.

The consortium behind the Trans Adriatic Pipeline (TAP) have promised that the uprooted trees will be kept alive and returned to their original locations once the pipe has been laid.

But local environmentalists are sceptical about this happening and they turned out in force in the early hours of Tuesday to make their feelings known.

Campaigners say the pipeline should be brought ashore in an already-industrialized area of the Puglia region, to the north of the olive groves they say are at risk of being blighted.

Italy's centre-left government has declared the pipeline a strategic project – making it harder for it to be blocked by local objections.

READ ALSO: Life on a Tuscan olive oil farm: 'After a couple of years, my parents realized I wasn't coming back'