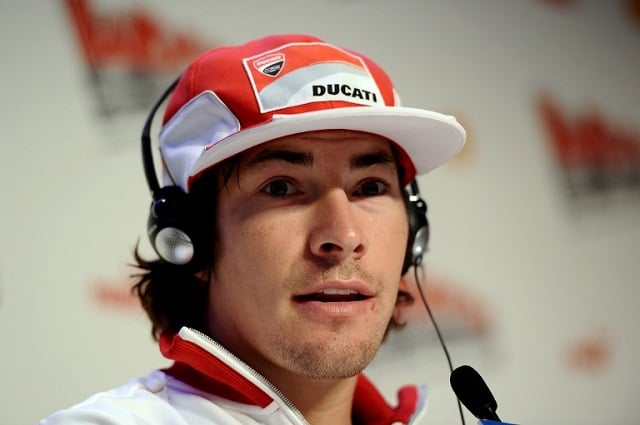 Hayden, 35, who won the 2006 MotoGP world title, suffered severe chest and head injuries in the accident, which happened while he was training on his bicycle in central Italy, south of the seaside resort of Rimini.

Photographs published by local media outlets after Wednesday's crash showed substantial damage to the front windscreen of the car and the bicycle.

Hayden, nicknamed “The Kentucky Kid”, raced for Honda in MotoGP from 2003 to 2015, before moving to the Superbike World Championship for the 2016 season.#

Hayden won just three grands prix in MotoGP – all in 2005-06 – but he famously took the world title that season after fighting tooth-and-nail with Valentino Rossi's Yamaha.

His death comes exactly a month after veteran Italian professional cyclist Michele Scarponi was killed after being hit by a van while out on a training ride on roads near his home.

Honda teammate Stefan Bradl said he was “deeply touched and saddened”. “It was an honor to share the garage with you. My thoughts are with his family. We will never forget you #69 RIP.”

Dani Pedrosa, Hayden's teammate in 2006 when he won the world title, posted a photo on twitter of the American along with the words “Always in my heart, champ. RIP Nicky. #69.”

Honda added: “Nicky passed away at 19:09 CEST this evening at Maurizio Bufalini Hospital in Cesena, Italy. His fiancee Jackie, mother Rose and brother Tommy were at his side.

“Throughout his career Nicky's professionalism and fighting spirit was greatly valued and carried him to numerous successes, including his childhood dream of being crowned MotoGP World Champion with Honda in 2006.

“As well as being a true champion on the track, Nicky was a fan favourite off it due to his kind nature, relaxed demeanour, and the huge smile he invariably carried everywhere.

“Nothing says more about Nicky's character than the overwhelming response expressed by fellow racers and his legions of fans over the past few days. Jackie and his family are truly grateful for the countless prayers and well wishes for Nicky.”

Hayden's brother Tommy added: “Although this is obviously a sad time, we would like everyone to remember Nicky at his happiest – riding a motorcycle. He dreamed as a kid of being a pro rider and not only achieved that but also managed to reach the pinnacle of his chosen sport in becoming World Champion. We are all so proud of that.

“Apart from these 'public' memories, we will also have many great and happy memories of Nicky at home in Kentucky, in the heart of the family. We will all miss him terribly.”