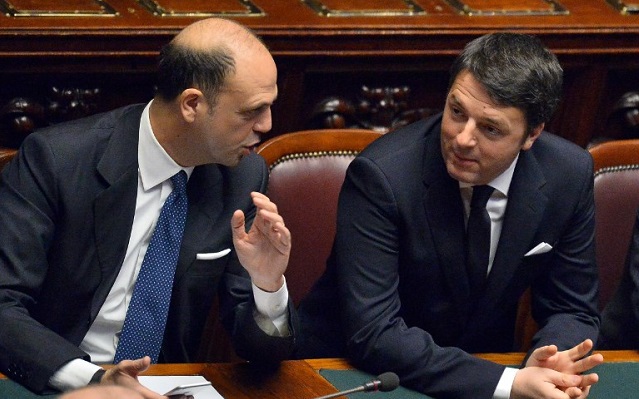 The ruling centre-left Democratic Party (PD) reached a deal with the two largest opposition parties on a new electoral law based on the German system earlier this week.

Under the new law, parliament would be selected through proportional representation and only those parties obtaining at least five percent of the vote would be represented.

The anti-establishment Five Star Movement and Silvio Berlusconi's Forza Italia agreed on the terms, and the bill will be discussed in Italy's Lower House of Parliament on Tuesday.

This is a day later than had been expected, reportedly due to complaints from some parliamentary groups that they had not been given enough time to examine the proposals.

Ex-PM and Democratic Party leader Matteo Renzi said that under the new system, a maximum of “four or five” parties would be represented in parliament. The “veto power” of the smaller parties would be removed, he added, thanks to the five percent threshold which he said was “non-negotiable”.

But there are still obstacles to overcome before the bill can become law, and the small parties which would lose out have criticized both the timing and content of the bill.

Italian Foreign Minister Angelino Alfano, who previously served as Interior Minister in Matteo Renzi's government, has been the most vocal critic.

Alfano, who leads the junior government partner Popular Area, has criticized the PD for its “impatience to take Italy to the polls three or four months early”. He argued that autumn elections would cost the country “billions” and create uncertainty as Italy gears up to pass the 2018 budget bill. Renzi retorted that the elections would not affect the 2018 budget bill, adding that both Germany and Austria go to the polls in the autumn and face the same rules as Italy. European Economic Affairs Commissioner Pierre Moscovici also said that early elections would “never be a problem”.

Speaking on Italian TV show Porta a Porta, Renzi accused Alfano of being concerned at the prospect of not reaching the five percent threshold.

Alfano is the only Italian politician to have served as Minister of Justice, Interior Affairs and Foreign Affairs; the three offices considered the most powerful in government behind the Prime Minister.

On Thursday, Alfano said he “accepted the challenge of the five percent threshold” and would not propose any amendments.

However, the long-term Renzi ally added: “My collaboration with the Democratic Party is finished. We have been loyal and have been poorly repaid.”

Voting on the electoral law is expected on Wednesday, after a scheduled 22 hours of debate. Renzi says the bill should be approved by both houses (the Chamber of Deputies and the Senate) by July 7th.

Because of this, many observers are expecting elections to be held in the autumn, with all the opposition parties hoping for a September date. However, this is not yet certain and the vote could be delayed depending on opposition within parliament.

As well as Alfano, Justice Minister Andrea Orlando – who leads an anti-Renzi faction of the PD – said an autumn general election would be a “leap in the dark” and that “the country risks ungovernability after the vote”.

And on Thursday, Five Star Movement MP Roberto Fico said the agreement on the law was “not to be taken for granted”.

Italy is currently ruled by Prime Minister Paolo Gentiloni's caretaker government after Renzi stepped down following a referendum defeat in December. Renzi himself came to power following an internal party coup, and his two predecessors Enrico Letta and technocract Mario Monti were not elected by the Italian people either.