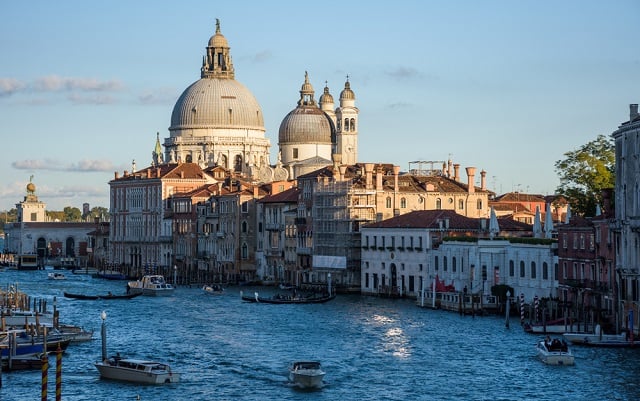 Venetian councillor for urban planning Massimiliano De Martin, who submitted the proposal, said the measure was essential “for the protection of the city”.

“In recent decades, the ancient city of Venice has been affected by a growing pressure from tourism,” explained De Martin.

He added that hotels were increasingly taking over former residential buildings “at the residents' expense, running the risk of impoverishing the city's social fabric”. According to council estimates, the city centre alone has enough hotel rooms to house more than 47,000 guests.

Venice has over recent years seen a fall in permanent residents, largely due to the huge numbers of tourists who descend on the lagoon city. If the depopulation were to continue at its current rate, by 2030 the city would no longer have a single permanent resident.

The new ban would prevent hoteliers both creating new hotels or B&B's and expanding existing ones; instead, they would have to submit applications to the council who will give decisions on a case-by-case basis and using a strict set of criteria.

Companies or individuals that have already received permission to open up a hotel will not be affected, and neither will those on the lagoon islands of Tronchetto and Giudecca. Venice's city council is expected to give a final decision on the adoption of the ban next week.

Venetian Mayor Luigi Brugnaro first outlined plans for blocking the opening of new tourist accommodation in late April, when the city announced a slew of measures aimed at cracking down on mass tourism.

The plans also included installing people-counters at the most popular site, hiring new police officers to deal with badly behaved visitors, and handing out maps highlighting lesser-known sights as well as facilities such as picnic areas and public toilets.

Tension between locals and tourists has been brewing for years, and flyers reading 'Tourists go away! You are destroying the city' were distributed across the centre last summer.

The lagoon city joins Spanish tourist spots Barcelona and Palma Mallorca in limiting the numbers of new tourist accommodation. Both cities have experienced similar problems to Venice from the increase in holiday-makers, from steep increases in rent prices for locals to a rise in petty crime such as vandalism.