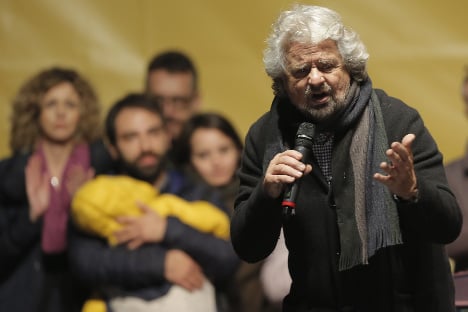 Polls opened at 7:00 am (0500 GMT) with voters set to chose mayors and local councillors in more than 1,000 towns and cities across the country. A second round will take place in two weeks.

Observers are closely watching the port city of Genoa which has been governed for years by mayors from the centre-left but is coveted by the anti-establishment Five Star Movement (M5S).

The city is the home town of comic Beppe Grillo, who co-founded the populist movement in 2009.

Anti-euro and anti-immigration, M5S emerged as a major political force in the 2013 election when it snapped up 25.5 percent of the vote, becoming the second biggest party behind the ruling centre-left Democratic Party (PD).

It has since built on that level of support, scoring a major victory in last year's municipal elections when it took control of Rome and Turin, in a major setback for the PD, which is headed by former premier Matteo Renzi.

It also took control of a string of smaller municipalities.

But the movement has been beset by divisions, with this year's top candidate for Genoa abruptly dismissed by Grillo for not toeing the party line, prompting a fierce bout of internal squabbling that could damage its prospects.

The current parliament's mandate does not run out until early 2018, but Italy's main four parties had been trying to reach a deal which would pave the way for general elections in the autumn.

But the talks collapsed in acrimony on Thursday, meaning the election is likely to take place as scheduled early next year.

The PD and Five Star Movement are running neck and neck in the polls with around 30 percent, meaning either could be forced into governing alliances that they have previously rejected – which M5S has ruled out.