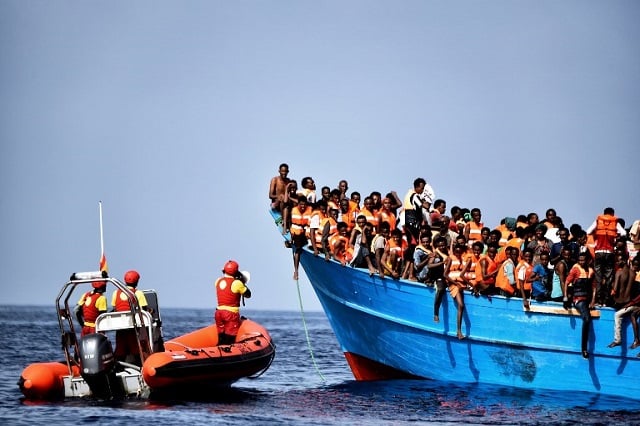 The code would be an attempt to regulate operations in the sea where the Italian coast guard, European border patrol forces and NGOs currently operate vessels which pick up stranded migrants.

Italy has also been pushing for other European countries to open up their ports to rescue ships to share the burden around.

READ ALSO: 10,000 rescued between Libya and Italy in four days

More than 83,000 people have been rescued and brought to Italy so far this year after attempting the crossing from Libya, while more than 2,160 have died trying, the UN and the International Organization for Migration says.

The three nations' interior ministers, who met on Sunday in Paris, also agreed to look into ways to support the coast guard in Libya and help the UN refugee agency to set up more camps in the war-ravaged north African country, a statement from the French interior ministry said.

Their plan, to be presented to all 28 members of the EU at the end of the week, would also suggest ways of improving the process of returning economic migrants to their countries.