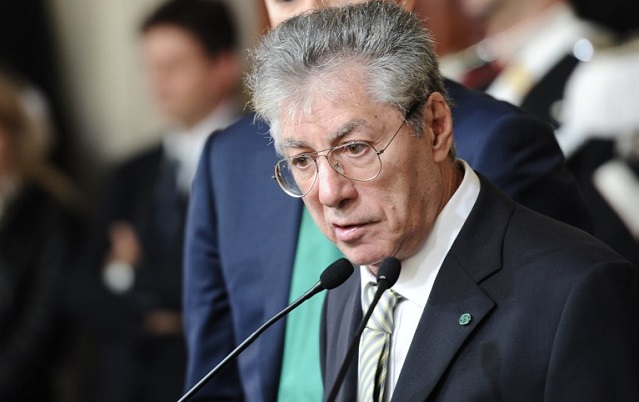 Umberto Bossi pictured speaking when he was leader of the Northern League. Photo: Vincenzo Pinto/AFP

Bossi, once a key ally of former prime minister Silvio Berlusconi, was forced out of his party in 2012 after allegations he was implicated in the embezzlement of hundreds of thousands of euros in public funds.

The case was known as “The Family”, which was the name of a file held by the party's former treasurer, Francesco Belsito, who was sentenced to two years and six months in prison.

Bossi's son Renzo was also convicted in the case and sentenced to a year and a half in prison. Belsito was found to have embezzled nearly half a million euros, while Renzo Bossi more than 140,000 euros, including several thousands to pay traffic tickets and 77,000 euros to buy a diploma in Albania.The defendants plan to appeal the ruling.

“I was expecting this,” Renzo Bossi said. “The League did not pay for either my tickets or my diploma.”

Belsito called it “an unfair ruling”.

The Northern League, a regional party previously known for its separatist campaign to secede from Italy, has since focussed on a populist, anti-immigration stance to gain national prominence under its current leader Matteo Salvini.

READ ALSO: Everything you need to know about the Italian political system