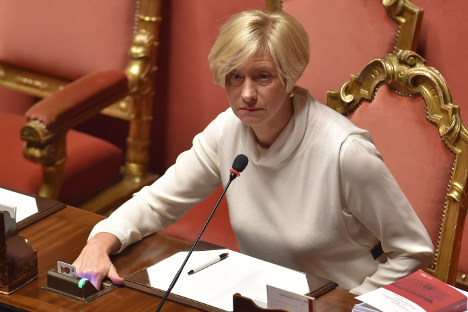 Defence Minister Roberta Pinotti said Italy would provide technical support without infringing on the crisis-hit country's sovereignty but would not take part in a “hostile” naval blockade to prevent the departure of migrant boats.

The number of arrivals in July was down dramatically on the same month last year, suggesting efforts to close down the Libya-Italy route to Europe by training and equipping the North African country's coastguard could be having an impact.

That help is expected to take the form of a logistics ship and patrol boat as well as mechanics to maintain equipment. Rome had initially hoped to send six ships into Libyan waters but had to downsize the mission after protests from Tripoli.

Parliamentary approval comes as tension grows in Italy over reception centres bursting at the seams, and as politicians gearing up for elections early next year cash in on the biggest migrant phenomenon in Europe since World War II.

Some 600,000 mostly African migrants have arrived in Italy from Libya since the start of 2014.