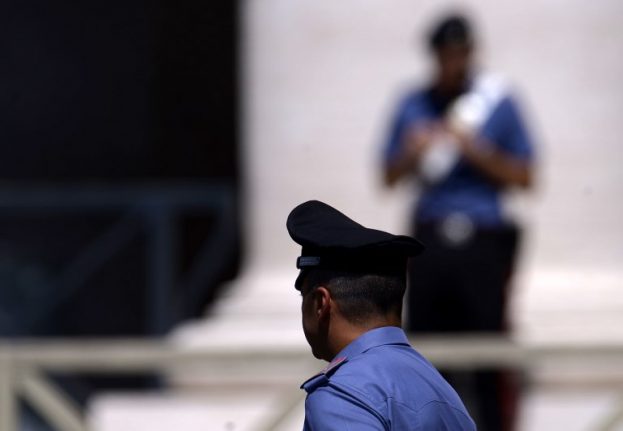 Killers gunned down a mobster Wednesday and shot dead two farmers who stumbled across the crime in the latest bloodletting in southern Italy's new “mafia war”.

The murders in San Marco in Lamis bring the death toll to 17 so far this year in the Foggiano area of Puglia, home to the Sacra Corona Unita (United Sacred Crown) organised crime group.

Unknown gunmen mowed down local mobster Mario Luciano Romito, 50, and his brother-in-law in their car, using a kalashnikov and sawn-off shotgun.

Two brothers, aged 43 and 47, who happened to drive by at the wrong moment, were also shot dead. One took a bullet in the back as he tried to flee across the fields.

“It's a horrible episode… and there have been so many in our region over the past few months. We cannot go on like this,” said the town's mayor Michele Merla.

Interior Minister Marco Minniti said he would be travelling to Foggiano on Thursday over the daylight murders.

Italy's anti-mafia police (DIA) has dubbed the spate of killings in the region a “mafia war” marked by “the frequent reorganisation of power” and the “formation of particularly dangerous transverse alliances”.

The crime lord spats “have an uncommonly violent impact on the province”, the DIA said in its last biannnual report, adding that the gangs specialised in extortion, kidnapping, robberies and drug peddling.

The Sacra Corona Unita is commonly known as Italy's “fourth mafia”, coming in behind the historic Cosa Nostra in Sicily, and the powerful 'Ndrangheta in Calabria and Camorra in Naples.

The SCU was formed in the 1970s and specialised in gunrunning and drug trafficking, with links to international crime organisations.

READ MORE: At least 5,000 restaurants in Italy are thought to be mafia-run