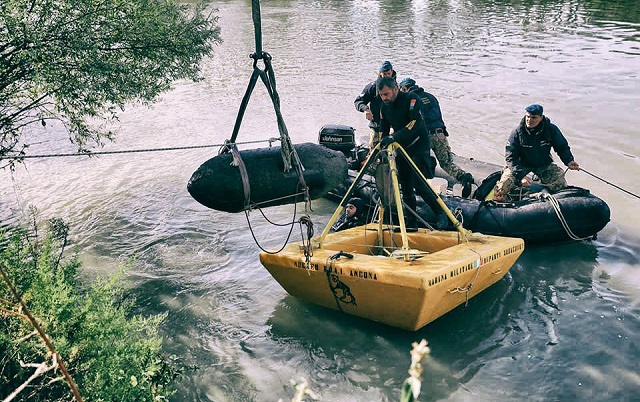 The bombs weighed 454 kilograms each and date back to the Second World War, the navy said on Sunday.

Members of the navy's 'Raiders and Divers team' located the bombs in the Adige river, the country's second longest, close to the city of Verona. They were then handed over to explosives specialists, who detonated the weapons. The bombs were first spotted back in April by a local resident who reported the find to the police, and a few days later divers confirmed the presence of the two devices.

After the initial inspection, divers removed the bombs and buried them again in deeper water, where they would not present a danger to the public.

It took several months for local authorities to draw up a plan for the safe removal and detonation of the devices, due both to their large size and the proximity to inhabited towns.

Around 10,000 residents living in an 800-metre radius of the site were evacuated on Sunday afternoon while the operation took place. The first bomb was detonated shortly after midday, and the second five hours later.

It is unclear exactly how many Second World War bombs still lie forgotten in Italian soil, but each year some resurface, found in private gardens as well as public beaches, fields, and off the coast.

Since the start of 2017, the Italian Navy's divers have already neutralized more than 16,000 remnants of explosive devices from the country's shores, rivers, and lakes.