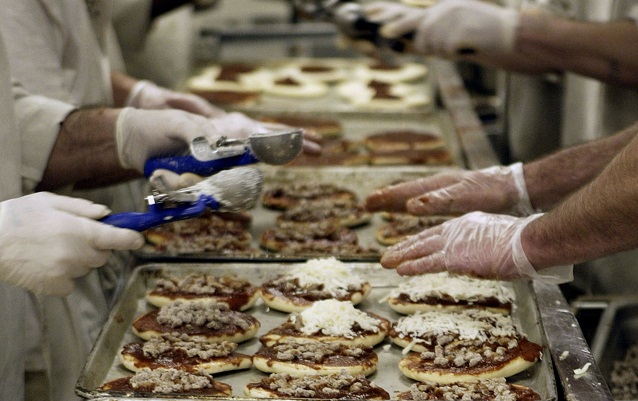 The blaze broke out at the Roncadin factory in Meduno, northeastern Italy, where 11 squads of firefighters were taming the flames on Friday morning.

Roncadin is one of the leading producers of frozen pizza for the Italian and international market and the Meduno factor employs over 500 workers who help make almost half a million pizzas every day.

The founder of the company, Edoardo Roncadin, was also at the scene and told journalists present that he hoped to return to work “as soon as possible”.

“The important thing is that no-one has been injured. The fireproof barriers worked and although the extent of the damage still needs to be assessed, I think that the production can be saved,” he said, according to the Messaggero Veneto.

Roncadin praised staff at the site who were present when the fire started and activated safety procedures, and said he hoped production could resume “immediately”.

A video of the blaze shared on Facebook by a local resident.

Firefighters said that according to their initial checks, there did not appear to be any injuries as a result of the fire, but that the blaze had spread significantly, with clouds of smoke visible from several kilometres away.