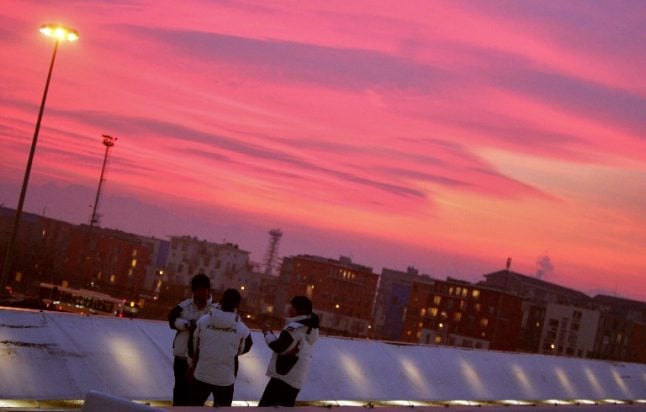 Starting at dawn, officials moved some 60 migrants out of the site in southern Turin. Most of those evicted were put onto buses to be taken to shelter arranged for them by local churches.

The operation, carried out by the Red Cross, emergency workers and police, went smoothly for the most part, La Reppublica reported.

A handful of people reportedly resisted, barricading themselves in the basements where roughly a hundred people have been camped out in poor conditions over the past months.

“When we needed a home you didn’t give it to us and now we’re settled you want to send us away,” La Repubblica quoted one of them as saying.

At one point more than 1,000 people were living in the concrete blocks originally built to house athletes competing in Turin’s 2006 Winter Olympics.

The numbers have dwindled after successive attempts to evict the squatters amid tensions with local residents.

This latest operation is part of a project approved by Turin's government and financed by the San Paolo banking group to clear the site entirely between now and 2020, on the condition that the last remaining refugees are offered housing, training opportunities and help finding jobs.