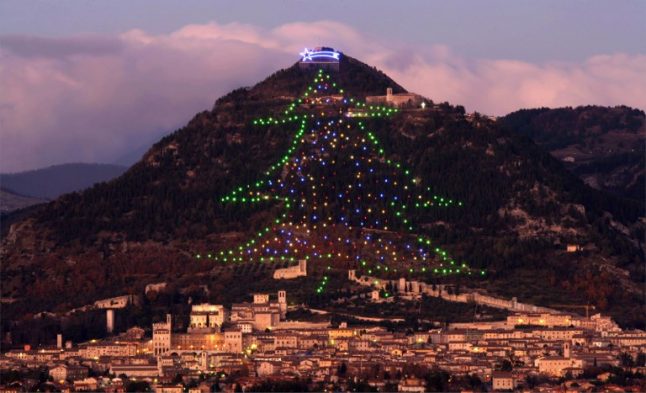 The tree on Monte Ingino, above the Umbrian town of Gubbio. File photo: Paolo Tosti/AFP.

Astronaut Paolo Nespoli lit the tree this year by sending a signal from the space station where he has been stationed since July 2017, reports Italian national news agency ANSA.

Nespoli sent the signal that lit up more than 460 lights in the southwest slope of Monte Ingino. “As beautiful as it is being in space, this evening I would have liked to have been there with you to enjoy the show,” Nespoli said via video recording at the annual lighting ceremony in Gubbio, Central Italy, on December 7th. More than 50 volunteers put in over 2,000 hours of work to set up the tree this year, adds ANSA.

In the past, the tree has been lit by actors (Terence Hill), popes (Pope Francis, Pope Benedict XVI) and members of international aid organizations (Save the Children, Doctors Without Borders).

READ MORE: The ten most enchanting Christmas markets in Italy 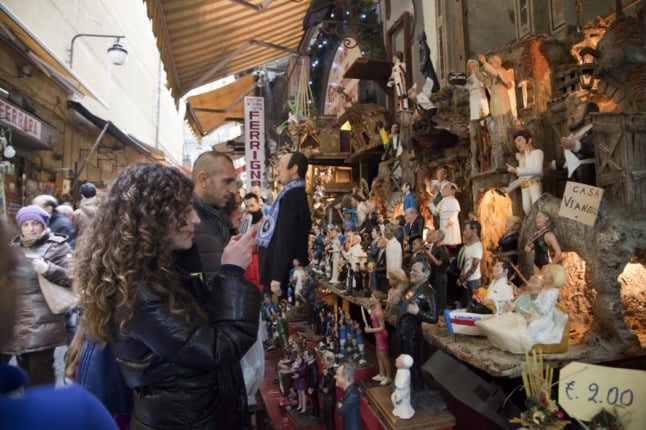