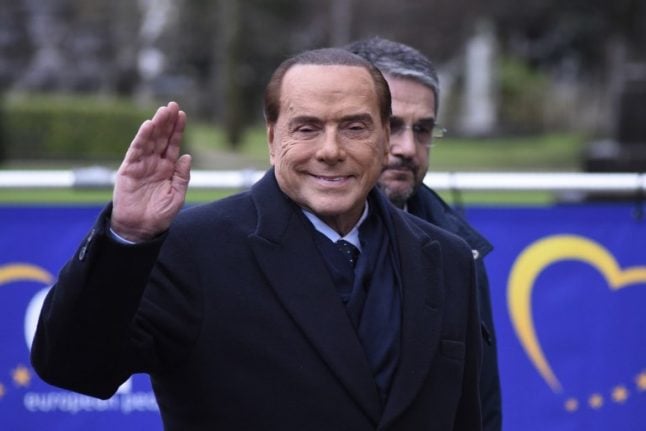 “But he could be decisive in forming a centrist coalition able to prevent the (anti-establishment) Five Star Movement or (anti-immigrant) Northern League from being the driving force in the new government” at the March vote, he said.

The populist Five Stars (M5S), which was founded in 2009 and supports a hotchpotch of policies from across the ideological spectrum, is the leading single party in opinion polls but is slammed by critics as immature and incompetent.

In a stinging commentary, Emmott said the movement could be compared to the current United States administration.

“It may be a bit unjust to say it would be like (Donald) Trump's White House, but in some ways it would: it could potentially be just as experimental and chaotic,” he said.

Emmott called on 81-year-old Berlusconi — who cannot run for office owing to a tax fraud conviction in 2013 — to act as centre-right kingmaker, not only to see off the M5S but keep the eurosceptic Northern League in check too.

The elderly tycoon is seeking to position himself as a pro-European moderate and the only man who can save Italy from the populist wave which has swept the country and Europe in recent years.

“He (Berlusconi) will be an operator behind the scenes, that's the role we have to judge him in.

“And in that role I don't think he'd be so bad. His stance is more moderate than (Matteo) Salvini's or (Luigi) Di Maio's,” he said, referring to the League's head and the M5S candidate for prime minister.

The Northern League, which has benefited from voter anger over the number of asylum seekers arriving in Italy, has forged a pre-election pact with Berlusconi's Go Italy (FI) party and is jockeying for control of the centre-right coalition.

That coalition may be the only political body capable of winning enough of the vote to secure a parliamentary majority.

With roughly 40 percent of the vote needed to govern, many political analysts expect the M5S to be unable or unwilling to form the necessary alliances to rule.

That could make the League the real threat at the March 4 ballot, Emmott said.

The “worst result… would be a centre-right victory with (League head Matteo) Salvini in the lead”.

As for the outgoing centre-left Democratic Party (PD), it may be currently ahead of the right in the polls, but its ambitious leader Matteo Renzi “irritates people” and has “neither friends nor allies”, he said.