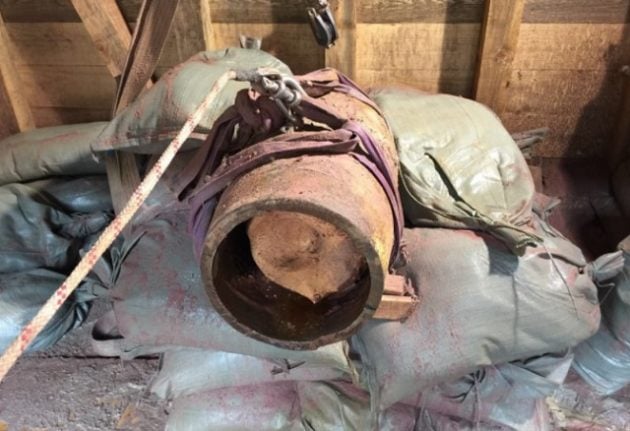 Bomb experts from the Italian army were brought in to neutralize the 213 kilogram device, which took place during a delicate eight-hour process. The bomb was set to be destroyed on Monday in a controlled explosion at a nearby quarry.

A total of 9,401 people were evacuated from 7am on Sunday, when civil protection volunteers went from house to house to inform locals about the operation, which then began at 9:30.

The operation took longer than expected due to “the precarious conditions of the second system to neutralize the device”, a statement from army officials said. Though the first fuse was neutralized using army equipment, for the second, manual intervention was necessary.

The bomb was found on private land close to a railway underpass near the station north of the city centre, and road and rail traffic was diverted around the 'red zone' during the day. Bologna's airport was also affected, with 45 departing flights cancelled and 23 arrivals either cancelled or diverted, while other air passengers experienced delays of up to three hours.

Army officials concluded their work at 5:40 pm on Sunday, when the evacuated residents were able to return home and traffic began to return to normal.

It's not uncommon for unexploded devices from the Second World War to be found in Italy, and navy divers regularly neutralize explosives found in the country's lakes and rivers. Allied forces dropped hundreds of thousands of bombs on Italy during the fighting, and as many as one in three are thought to have failed to detonate.

Bombs from both the First and Second World Wars have also been found in residential buildings, and even dug up by dogs. In March this year, a Second World War bomb forced the evacuation of 23,000 people in the central Marche region.