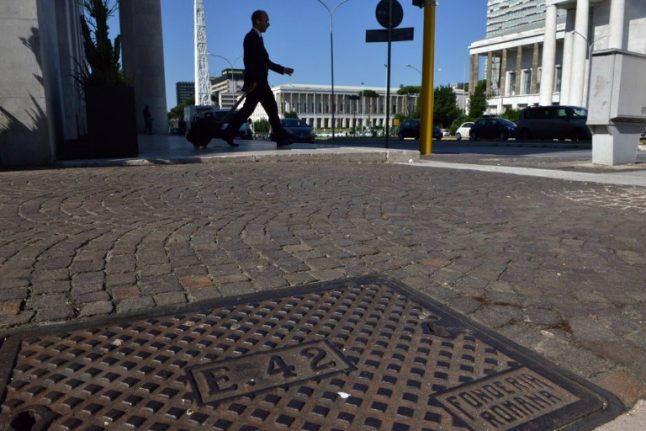 The European Court of Justice found Italy had missed repeated deadlines to comply with “EU law on the collection and treatment of urban waste water” in scores of areas, almost all of them in the country's south.

“Italy is ordered to pay a lump sum of €25 million and a fine of more than €30 million for every six months of delay,” the court ruled.

“The court already found in its first judgment in this matter in 2012 that Italy had failed to fulfil its obligations,” it added.

The European Commission, the 28-nation EU's executive arm, took Italy back to the Luxembourg-based court in December 2016 for failing to fully comply with the tribunal's first ruling.

Four years after the first ruling, it said, more than six million people in 80 areas, 51 of them in Sicily, lacked proper waste water treatment. The southern regions of Calabria and Campania together accounted for 20 areas that had substandard treatment.

“The lack of adequate collection and treatment systems for these 80 agglomerations poses significant risks to human health, inland waters and the marine environment,” the commission said at the time.

The fines come as Italy is mired in political crisis following failed efforts by eurosceptic populist and right-wing parties to form a government amid staggering debt.