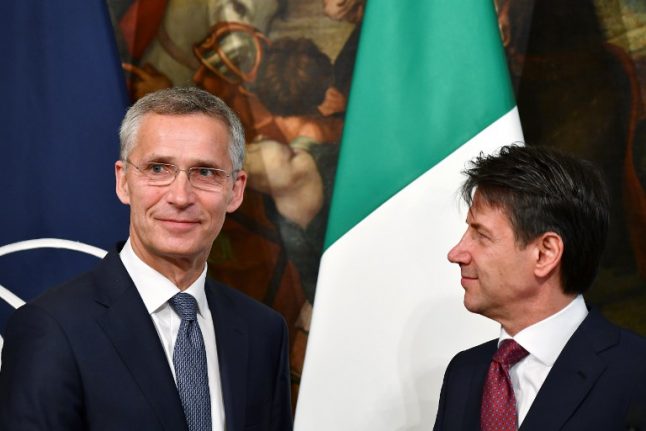 “We cannot not have closer cooperation between Nato and the European Union in the Mediterranean and elsewhere,” Prime Minister Giuseppe Conte said after meeting Nato chief Jens Stoltenberg.

Italy's new government formed by the anti-establishment M5S and anti-immigration League parties considers the Mediterranean the EU's “southern flank” and has sounded the alarm on immigration, saying terrorists could sneak into Europe and wreak havoc.

On Sunday, Italian Foreign Minister Enzo Moavero Milanesi had underscored “the importance for Italy for the Nato Brussels summit to reaffirm the approach of a 360-degree security policy without neglecting the southern flank from where serious challenges emerge for the alliance, starting with terrorism”.

“Nato's engagement in the south constitutes an important component of its strategy shift,” he said, after meeting with Stoltenberg.

The first to lead the charge was Interior Minister and League chief Matteo Salvini, who has continued with his anti-migrant rhetoric since taking charge.

“We are under attack and we are asking Nato for a defensive alliance to protect us,” he has said. “Italy is under attack from the south and not from the east.”

The summer of 2016 saw a surge in mass drownings in the Mediterranean as Europe's worst migration crisis since World War II peaked, with hundreds of thousands of people fleeing war and poverty in the Middle East and elsewhere.

READ ALSO: Hundreds of migrants stranded at sea amid standoff between Italy and Malta