After making history at Euro 2016 by becoming the smallest nation to ever qualify for a major men’s tournament and then winning fans the world over in its remarkable run to the quarterfinals, Iceland’s national team went even further last fall when it clinched a berth in the FIFA World Cup. With just 330,000 inhabitants, Iceland will be the smallest nation by population to ever appear in a World Cup tournament.

Find out about opportunities to Invest in Iceland

While Iceland’s football team, and its fans’ iconic Viking war clap, have brought newfound attention to this North Atlantic island nation, prowess on the pitch is just one of the many ways Icelanders make an outsized impression on the global stage.

Here are 12 other things that you might not know about Iceland:

1. Its recovery from the financial crisis has been astounding

Iceland was in many ways the poster child for the 2008 global financial crisis. The country’s three largest banks collapsed, investors pulled out of the country, the currency and home prices plummeted and businesses nationwide went bankrupt. But Iceland didn’t simply recover from those depths, it’s now thriving like never before. The gross domestic product increased by a whopping 7.2 percent in 2016, followed by 3.6 percent growth last year and private consumption is at levels not seen since before the crisis.

2. It has the best gender equality in the world Iceland has topped the World Economic Forum’s Global Gender Gap Index for nine years running. Far from being content to rest on its laurels however, Iceland made history earlier this year when it became the first country in the world to put laws on the books to ensure equal pay.  Under the Equal Pay Standard that took effect on January 1st, companies with at least 25 full-time employees are required to analyze their pay structures for wage gaps and report that information to the government of Katrin Jakobsdottir, Iceland’s second female prime minister.

3. It is a global green energy leader

All of the electricity on Iceland’s transmission grid is produced via renewable hydro- and geothermal energy. The nation’s energy infrastructure is recognized as one of the best in the entire world and Icelandic expertise in geothermal resources is a much sought-after commodity. The international interest in geothermal expertise is no surprise given geothermal energy heats 90 percent of all houses in Iceland and produces nearly a third of all electricity.

4. It is home to an ultra-efficient fishing industry

Iceland has a seafood model that has been dubbed “The Incredible Fish Value Machine”.  The nation’s fisheries have perfected an approach to fishing that nearly eliminates waste while maximizing profits. According to an analysis by the Iceland Ocean Cluster, Icelandic fishing operations utilize at least 80 percent of each cod caught in the North Atlantic, while neighbouring countries make use of just 50 percent of each fish. The head, guts and bones that are thrown into the sea by other fishing nations are turned into profitable by-products by Iceland’s enterprising fisheries, which are aiming for 100 percent cod utilization in the near future. 5. It is perfectly situated as a trans-Atlantic transport hub

Reykjavík’s Keflavik International Airport has more daily direct flights to North American destinations than the other Nordic countries’ capital airports combined. Twenty airlines fly to and from Keflavik and the airport’s location in the North Atlantic means that travellers can reach major hubs on the US east coast in 5-7 hours and major European cities in as little as three hours. No wonder this former US military base is expected to see 7 million annual passengers by 2020.

6. It is the coolest location for data centers (in more ways than one)

Iceland Data Centers from Invest in Iceland on Vimeo.

7. It is about to disrupt the world’s marine industries

Having already established one of the world’s leading prosthetics companies with Össur, Össur Kristinsson has now set out to change the world of boating and shipping. Kristinsson’s ÖK Hull, built by Icelandic company Rafnar, features pioneering hull-and-keel technology that dramatically reduces wave slamming, even at top speeds. Having been shown to reduce slamming by 20 times in independent testing, the ÖK Hull provides better safety, stability and control for work and leisures vessels alike.

8. It is home to the world’s strongest men

There are only 178,980 men in all of Iceland. This makes Hafthor Julius Bjornsson’s feat all the more remarkable. What, you’ve never heard of him? Perhaps you know him better as ‘The Mountain’ from the smash hit TV series Game of Thrones. Earlier this month, Bjornsson topped all comers at the World’s Strongest Man competition. What’s more, this was hardly the first time that an Icelander staked his claim to the title. The Mountain’s countrymen Jón Páll Sigmarsson and Magnús ver Magnússon both won the contest four times.

9. Its language is crazy intimidating – but it doesn’t matter!

If you’ve ever seen a long block of Icelandic text or can recall the cringe-worthy English-language news reports on the 2010 eruption of the Eyjafjallajökull volcano, you’re probably too intimidated to even attempt a simple ‘hæ’. Good news: you don’t have to. English is widely spoken throughout Iceland, particularly in Reykjavík and at the nation’s tourism hotspots. But if you do want to try ‘hæ’, go for it – it sounds exactly like ‘hi’!

10. Its people are among the best-educated in the world

Iceland may have a small population, but it’s a very educated one. The comprehensive World's Most Literate Nations study declared Iceland the third most literate country in the world and over 40 percent of the population has a tertiary education. Despite its small size, Iceland has eight institutions of higher education that draw hundreds of students from around the world each year to take advantage of the many English-language courses.

11. It is the most peaceful place in the world

Maybe it's the gender equality or the high level of education (or maybe it's all those strong men) but Iceland has topped the Global Peace Index every year since 2008. Indeed, what's so interesting about Iceland's top rank for Societal Safety and Security is that the country is also one of the world's five least militarized countries.

Safest and least militarized? As with so much else about this volcanic gender-equal footballing nation, there's clearly a lot to be learned from Iceland. 12. It’s a pioneer in the life sciences sector

Life sciences are thriving in Iceland and there is strong governmental support for research and innovation.

Today, the country is renowned for its work concerning human genetics and cancer research. Among other globally recognised life sciences companies established and based in the small Nordic country is ORF Genetics, a pioneering green biotech company producing growth factors and other recombinant proteins.

Combining Iceland’s impressive academic network with its modern healthcare system, it’s a hotbed of innovation and one of the world’s most exciting centres for developments within this growing industry.

This article was produced by The Local Creative Studio and sponsored by Invest in Iceland. 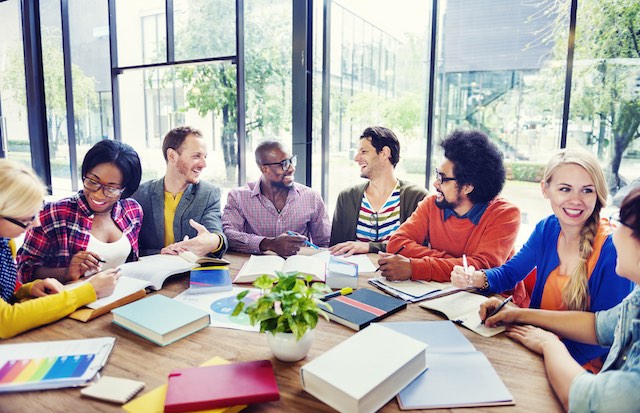 Are you involved in your employer's recruitment? Are you looking for a python developer? What about a high school teacher? When you’re looking for English-language staff across Europe, The Local Jobs has over 45,000 weekly jobseekers interested in all kinds of industries.
Our jobs site is particularly popular with people looking for tech jobs. Developers, engineers, UX designers, product owners and data analysts are attracted by innovative companies across Europe, and the prevalence of English as the business language in the sector – and The Local is one of the top places they turn to. Customer Service, Sales, Marketing, Travel and Teaching are also among the most searched for roles.
Our pool of candidates consist of a mix of jobseekers settled across Europe, looking for their next challenge close to their chosen home, as well as highly mobile candidates from around the world, open to opportunities across Europe. And they’re highly skilled: 92% of our readers have a college or university education, 43% have a postgraduate degree and 72% say The Local is their primary source of news & information.
Annie Karlsson, COO of Scandinavian design phenomenon Bemz is delighted with their recruitment outcomes: “The Local was the most cost-effective recruitment channel we've used. Their international audience is a unique pool of talent.”
Click here to book your job ad today