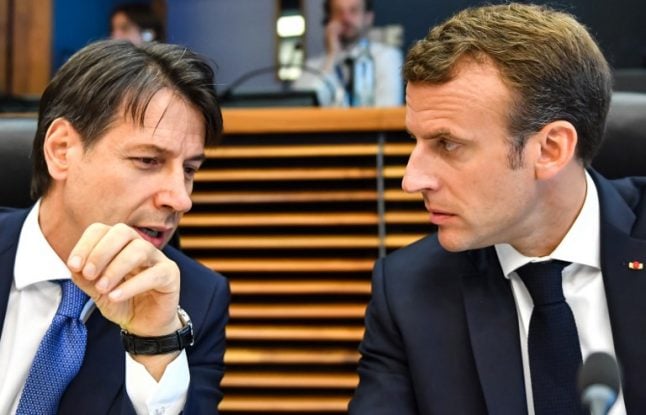 Prime Minister Conte and President Macron held a “private” meeting on Monday evening at the Italian premier's request, Macron said after his visit to the Vatican on Tuesday.

In Rome to meet Pope Francis, Macron said he had kept his talks with Conte under wraps out of respect for Vatican protocol.

“When one visits the pope, it is important that it is not confused with a visit to the Italian government,” he commented.

Over dinner at the Casina Valadier, an elegant restaurant in Rome's Borghese Gardens, Macron and Conte are said to have discussed a range of issues, not least migration.

The two leaders are likely to have talked about the tensions surrounding the Lifeline, a rescue ship operated by a German NGO that found itself stranded in the Mediterranean after picking up more than 200 people at sea.

After Italy refused it entry, Malta on Tuesday agreed to grant it safe harbour, on the condition that other EU countries take in some of the 234 migrants on board. Italy and France are among those that will take “a few dozen individuals” each, Macron said later that evening.

The French president joined the Italian government in criticizing the German NGO Mission Lifeline, saying that it had defied “all the rules” by coming to the migrants' rescue when the Libyan coastguard was already intervening.

“We cannot permanently accept this situation,” he warned, adding that “in the end we are playing into the hands of smugglers by reducing the risks of the journey” – the same argument made by Italy's hardline interior minister, Matteo Salvini, who has vowed to “close the ports” to all NGO vessels.

Macron said that Europe wanted to “strengthen its cooperation with the Libyan coastguards” to “limit the movements” of migrants.

“The ability to close this route is the most effective and also the most humane,” he said. “Europe can take its share, but it cannot take more than its share.”

The tête-à-tête between Macron and Conte, which followed an emergency EU summit on the migration crisis last Sunday, seems to have eased some of the tensions between France and Italy that flared during the standoff over the Aquarius, a French NGO ship refused entry by Italy and Malta.

The incident saw Franco-Italian relations sink to their lowest point in decades as Paris called Italy's actions “irresponsible” and Rome hit back at France's “hypocrisy”.