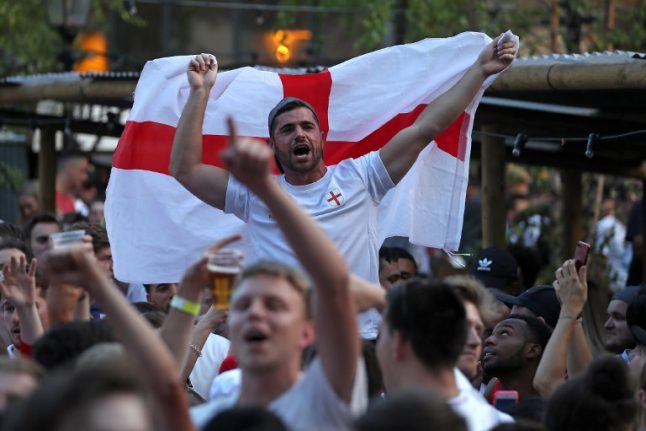 “Your Majesty, I regret to inform you that from my books it looks like you didn't pay for the last 247 years,” Mayor Marco Bucci said in a lighthearted message addressed to Queen Elizabeth II – in English – in reference to a centuries-old licensing arrangement between Genovese and English sailors.

The red cross on a white ground has flown in England since the Middle Ages, but its association with Genoa is believed to go back longer.

There are references to the St George's Cross flying on the city's mighty fleet back when it was an independent republic, founded in the 11th century. Legend has it that the flag struck such fear into Genoa's enemies that the mere sight of it would send them into retreat.

According to none other than the Duke of Kent, a member of English royalty and cousin to the queen, English traders sought permission from the Genovese to fly the flag on their own ships from 1190, to show would-be raiders that they were under Genoa's protection within the Mediterranean.

The English monarch paid an annual fee to the ruler of Genoa for the privilege, the duke remarked on a visit to Genoa celebrating relations between the two seafaring powers.

The tradition was lost at some point – 1771, according to Mayor Brucci's maths – and the St George's Cross has been a symbol of England for as long as any of its inhabitants remember.

The English wouldn't be the only place to forget their dues: Genoa claims to have lent its flag to other parts of Italy, notably Milan, which cheekily renamed it the Cross of St Ambrose. (The Milanese, unsurprisingly, dispute this version of events: they say the symbol originated with their patron St Ambrose and was adopted by several of their allies across northern Italy, including Genoa, which renamed the flag after its own preferred saint.)

And the country of Georgia has perhaps the oldest claim of all: some accounts say that the country's rulers have been using the red-and-white cross since the 5th century.

In any case St George himself is no longer associated with Genoa, which has since adopted John the Baptist as its patron – though the city continues to fly the cross.

Bucci was speaking on the sidelines of a press conference on Thursday to mark his first 12 months in office. It's safe to assume he won't be pursing his claim for back payments too strenuously.