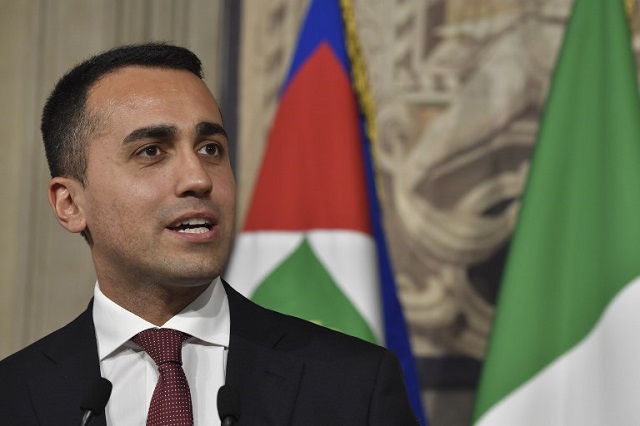 The party, which positions itself as anti-establishment and has governed with the nationalist League since June, has criticized the generous parliamentary pensions since it was founded in 2009.

The change is set to go into effect in January next year, according to Chamber of Deputies Speaker Roberto Fico, who announced that it had been given the green light on Thursday afternoon.

Fico said in his first speech in office that he would make the reform a priority and was able to push through the change without needing a vote from the entire house, because the pensions are regulated by internal parliamentary rules rather than Italian law.

It's not yet clear whether a similar parliamentary pensions reform will be passed by the upper house, the Senate. Fico said on Thursday that the Senate would “come to a similar conclusion”, but the Senate's own Speaker, a member of the opposition Forza Italia (FI) party run by billionaire Silvio Berlusconi, has said she thinks such a rule change unfairly affects “acquired rights”. Other FI members have labelled the change “unconstitutional”.

Under the previous system, a life-long pension known as a 'vitalizio' (from vita meaning life), was guaranteed for all former lawmakers, however long their term had been. These pensions are paid from the date the recipient leaves parliament, rather than when they reach retirement age.

Five Star leader Luigi Di Maio said the reform was “a dream come true” for his party. Writing in the M5S online blog, he estimated the change would save €200 million per legislature, and said: “This is something that in the last five to six years, they told us could not be done. Instead, we've done it.”

In a separate blog post, the Minister for Parliamentary Relations and Direct Democracy Riccardo Fraccaro wrote: “This is a revolutionary act that affirms social justice in our country […] Now nothing is impossible.”

More than 1,300 ex-deputies will be affected by the change, which included an amendment put forward by the Democratic Party allowing for the cuts to be reduced in cases of particular economic difficulty.

It's not clear exactly how much the amounts paid out to former lawmakers would change, but estimates from the Corriere della Sera suggested some of those affected might see a reduction of up to €5,000 annually.

Parliamentary pensions have been a frequent source of discontent among ordinary Italians, who have seen their own pensions reformed over recent years, including a raised retirement age. Italy's new government has also pledged to roll back these reforms.

An earlier set of cuts to ex-parliamentarians' pensions was introduced by the Mario Monti government in 2011, but this was not retroactive whereas the current change will affect all those who served before 2012.

M5S members said on Friday the next step for the party was to cut the number of lawmakers in Italy, which currently has 321 senators and 630 deputies. The M5S wants this number reduced to just 600 in total.