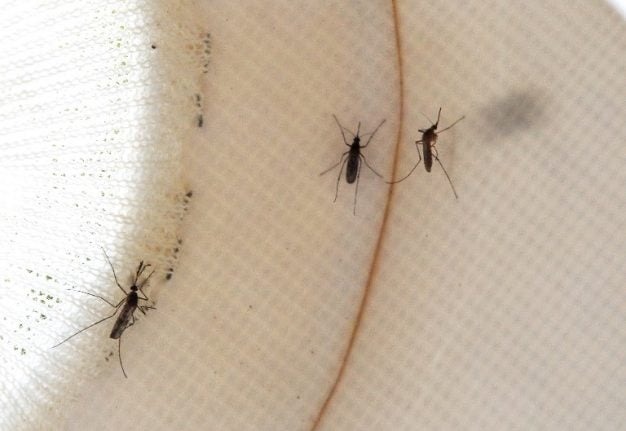 By the end of August Italy had registered 327 cases of the virus in humans, more than five times the total reported in 2017. Last year, just 204 human cases of West Nile fever were recorded in the whole of the EU.

According to the latest figures from the European Centre for Disease Prevention and Control (ECDPC), 144 of human cases in Italy were confirmed in the last week alone. In the same period, seven people here died of the virus.

No other European country has seen an outbreak on the same scale. Greece, the country with the second highest number of infections, has reported 147 cases – fewer than half the number in Italy.

In total, 710 cases have been reported in humans across the EU during the 2018 transmission season, which typically begins in June or July and can run until November.

Carried by birds, West Nile virus is transmitted to humans by mosquitoes. Infection can cause symptoms similar to those of the flu, and in extreme cases it can result in tremors, fever, comas and swelling of the brain tissue that can prove fatal. It can also cause meningitis.

The virus has killed at least 17 people in Italy this year, mostly in the north-east in and around Bologna, Ferrara, Rovigo and Treviso.

West Nile fever cannot pass from human to human and is usually only dangerous for people with weakened immune systems such as the elderly, doctors assure. In healthy people the virus may cause little more than a headache or sore throat.

Nonetheless the ECDPC advises people to take precautions against mosquitos, especially during the insects' peak activity at at sunrise and sunset. Its recommendations include: