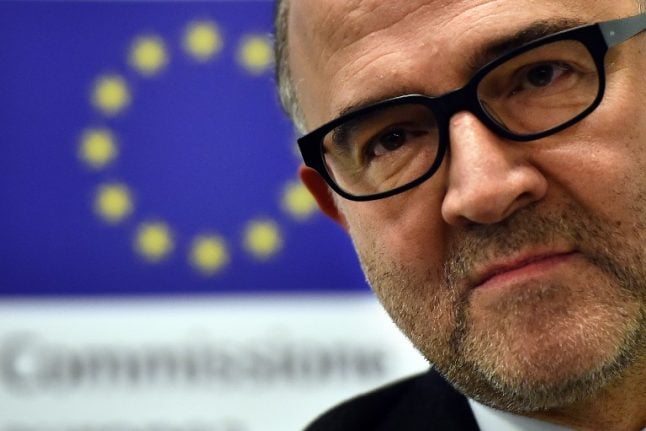 Moscovici, who runs the Commission's economic and finance portfolio, also called on Italy to cut debt and push economic reform instead of deepening deficits.

The Italian government's budget plan for next year needs to be “credible in terms of numbers” but also in terms of “structural efforts”, Moscovici said.

“Italy's economy needs reforms,” he told reporters. “Stopping reforms and printing money instead is not going to save Italy.”

But the anti-EU government in Rome, which brings together the far-right League party and the anti-establishment Five-Star Movement, is under pressure to meet electoral pledges and boost spending instead of slashing its deficit, as promised by the previous government.

Ministers must deliver their budget proposal to the European Commission by October 15th.

“What we are now waiting for is facts,” ECB chief Mario Draghi commented on Thursday. “Words in the last few months have changed many times.”

The fragile state of Italy's economy has reawakened memories of the debt crisis, and Italy risks punitive measures by its EU partners if it insists on breaking bloc rules on running excessive deficits and high debt.

“Unfortunately, we've seen that words have created some damage and interest rates have gone up” for households and firms, Draghi said.

But he acknowledged the more recent soothing noises that have come from Rome. “The Italian prime minister, the Italian minister of economy and the Italian foreign affairs minister have all said that Italy is going to respect the rules,” Draghi noted.

“And by the way, all this hasn't created much of a spillover to other euro area countries, so it's remained at least so far pretty much an Italian episode,” he added.

But Moscovici warned that the EU would continue to watch closely. “There is a problem and it's Italy,” he said. “I will be concentrating on Italy more than on anything else.”

Italian growth is at the bottom of the eurozone range, and the country's weak productivity is a “massive problem”, the commissioner said.