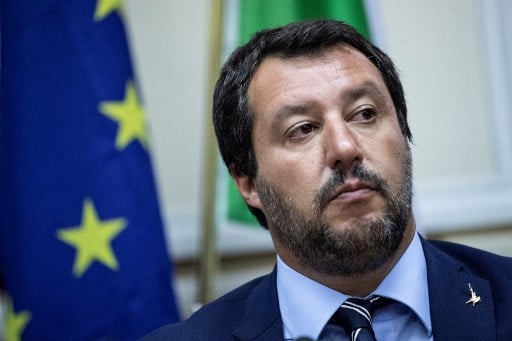 The new bill is “a step forward to make Italy safer,” Interior Minister Matteo Salvini said on Facebook, adding that it would help Italy “be stronger in the fight against the mafia and (people) smugglers.”

Parliament has 60 days to vote the bill into law.

The provision modifies the language of Italy's legislation regarding the reception of asylum seekers and refugees, and raises the threshold of requirements for receiving a humanitarian permit, according to La Repubblica.

The humanitarian permit is a provisional status unique to Italy, awarded to those who do not meet the requirements for refugee status or subsidiary protection under the 1951 Geneva Convention, but are nonetheless recognised to be in danger if they were to be repatriated.

Under the new rules humanitarian protection will be awarded based on six strict criteria, taking into account medical needs and whether the applicant is the victim of a natural disaster, Salvini told journalists.

Salvini said the decree streamlines the rules for processing asylum requests and brings Italy into line with other EU countries.

He said around a quarter of those who have applied for asylum in recent years in Italy have been given humanitarian protection.

The maximum length of time newly-arrived migrants can be held in repatriation centres will rise from three to six months, according to Ansa.

Migrants whose residency requests are being considered will in future be housed in bigger reception centres, while minors and those with recognised refugee status will be housed in different parts of the country in order to facilitate integration.

The range of crimes for which a refugee status and citizenship can be revoked will also increase.

Those seeking refugee status will have their requests suspended if they are considered “socially dangerous or convicted in the first instance” of crimes, while their appeals are ongoing.

Asylum seekers accused of “dealing drugs or bag-snatching” will have their applications denied, Salvini said.

The new law also lets local police have Taser stun guns and makes it easier to evict squatters by getting rid of the obligation of finding provisional housing for the most vulnerable.

The controversial bill has been heavily criticised in recent weeks, including by members of the anti-establishment Five Star Movement which governs in coalition with Salvini's far-right League.

The head of Italy's bishops' conference Nunzio Galantino has lamented the fact that security and the treatment of migrants are dealt with in the same bill.

“This means that the immigrant is already judged because of his condition and that he's already considered a public menace, whatever his behaviour. This is a bad sign,” Galantino said.

Salvini, who is also deputy prime minister, has taken a hardline on immigration since the coalition came to power in June, refusing to allow ships carrying migrants and asylum seekers rescued in the Mediterranean to dock at Italian ports.