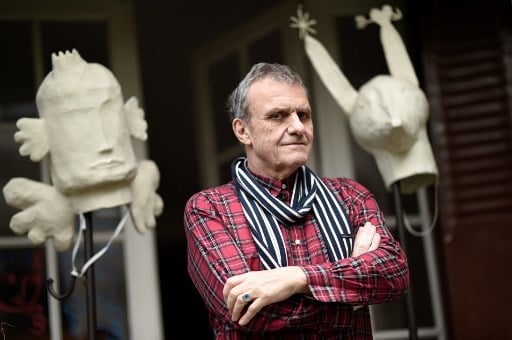 “We are happy to welcome Jean-Charles de Castelbajac into our big family,” United Colors of Benetton boss Luciano Benetton said in a statement, hailing his ability to “forecast tomorrow's social and fashion trends”.

Born in Casablanca, Morocco, in 1949, De Castelbajac debuted with a collection he launched with his mother in 1968. Since then he has had a long career spanning fashion, advertising, painting and street art.

He has inspired trends including “anti-fashion” and likes to make alternative use of objects, including a “fur coat” of teddy bears worn by Madonna.

“Born from a mix of punk and pop, his style is characterised by the use of strong colours and pop icons, the mix of old and new and a whimsical and irreverent touch,” said Benetton, whose company has suffered dwindling sales for a decade.

“United Colors of Benetton and I have always had a similar take on fashion, characterised by the passion for knitwear and the love of pop and rainbow Colors,” Castelbajac said.

The company said it shared a passion for “contaminating fashion with art” with Castelbajac, who has worked with Andy Warhol, Miguel Barcelo, Keith Haring, Jean Michel Basquiat, M.I.A and Lady Gaga.

“Thanks to social networks, fashion today is visible to everyone. But it remains affordable only to a few,” Castelbajac said.

“Together, United Colors of Benetton and I will seek to create tomorrow's wardrobe, bringing beauty and style to everyday life, at prices that everyone can afford.”

The museum hailed the maverick Castelbajac's “witty and flamboyant” designs that have dressed stars from Farah Fawcett in 1970s series “Charlie's Angels” to Mick Jagger and Elton John.

His rainbow flag vestments for Pope Jean-Paul II earned him further fame, reminiscent of the iconoclastic photographs of Oliviero Toscani for United Colors of Benetton.

“Castelbajac's childhood was spent surrounded by the bleak colours of a military boarding school,” the museum said.

“He 'highjacked' materials in his first show, refashioning materials such as oilcloth sponges and floor cloths into an award-winning collection. The star of the show was the coat cut from his boarding school blanket.”

Benetton was founded by three brothers, Luciano, Carlo and Gilberto, and their sister Guiliana who launched a homemade production line in Ponzano Veneto, a village near Venice, in the 1960s.

Their sweaters proved popular items in local stores and a brand was born.

Their signature soft wool jumpers made in a variety of colours quickly seduced the masses.

The company went from strength to strength especially between 1982 and 2000 – its fame fuelled by daring ad campaigns by Toscani, such as a 1989 poster which featured a black woman breastfeeding a white baby.

But for over a decade the brand has battled dwindling sales.

In 2017, following heavy losses, Luciano Benetton announced he was coming out of retirement at the age of 83 to retake the reins of the company. 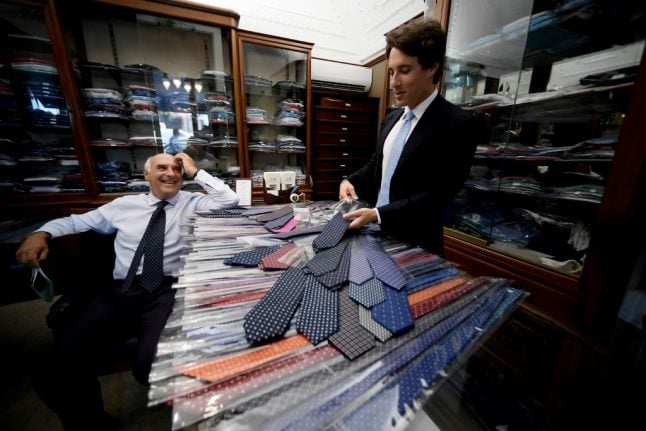