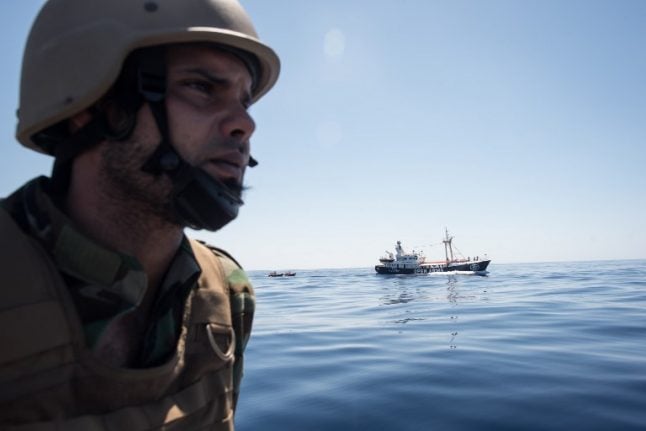 A member of the Libyan coastguard on patrol. Photo: Tawa Jawashi/AFP

The boats, both from Mazara del Vallo in Sicily, came under fire some 29 nautical miles off the North African coast late Tuesday in an area that Libya insists is an exclusive economic zone, the town's mayor was quoted as saying.

Libyan officials boarded the boats and ordered the captains to head to the port of Ras Al Hilal, Mayor Nicola Cristaldi said.

The vessels, with crews of six and seven respectively, were boarded “in waters that Libya unilaterally and illegitimately considers its own,” Cristaldi said, adding that no one was hurt.

“The Libyans… opened fire on the crew… On defenceless and unarmed people,” said Vincenzo Asaro, owner of one of the boats.

The Italian foreign office declined to comment. Italy's Interior Minister Matteo Salvini on Wednesday said “the stabilisation of Libya is a strategic priority for Italy and Europe,” but made no direct reference to the fishing boat case.