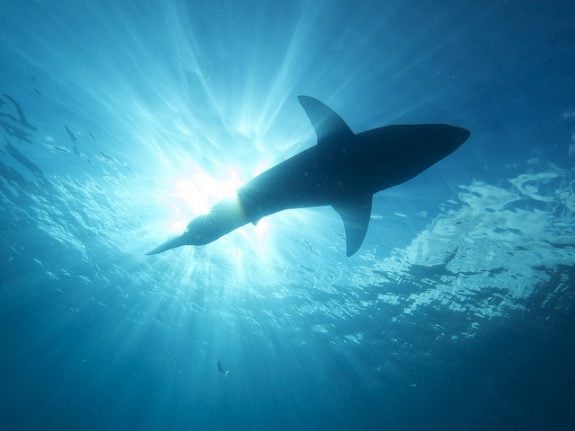 The accidental capture of sharks in trawl nets or fishing gear meant for commercial fishing is widespread, with sharks making up an estimated 10-15% of the fish caught by longlines intended for swordfish and tuna, according to La Stampa.

In 2015 an estimated 14.065 tons of sharks and rays in the Mediterranean were accidentally caught up in nets used by large trawlers, a phenomenon that also threatens dolphins, whales, sea turtles, and even sea birds.

The shark meat is then sometimes passed off as legal swordfish meat at market fish stalls, posing a food security risk.

The WWF raised the alarm at the launch of its SafeSharks project at the 2018 Barcolana sailing regatta in the northeastern Italian port city of Trieste, which runs from October 5th to 14th and is now in its 50th year.

The SafeSharks project, a collaboration between the WWF and the organisations Coispa and Inca, will work with local fishermen and marine biologists to conduct research aimed at discovering the best way to release accidentally-caught sharks back into the sea in order to maximise their chances of survival.

Before being released back into the sea, the captured sharks will be tagged with a satellite tracking device that will provide researchers with information about their lifespan and movements, with the aim of securing areas used by the sharks for spawning and as nurseries.

As the devices cost approximately €5,000 a piece, the foundation is also launching a fundraising campaign to raise money for the programme.

The project also features the installation of interactive informational exhibits in science museums and other protected marine areas along the Adriatic coast, including at Marine Bio-BioMa, the Miramare Scuderie in Trieste (a WWF-managed reserve), the Adriatic Zoological Museum in Chioggia, and the Porto Cesareo Reserve in Puglia.