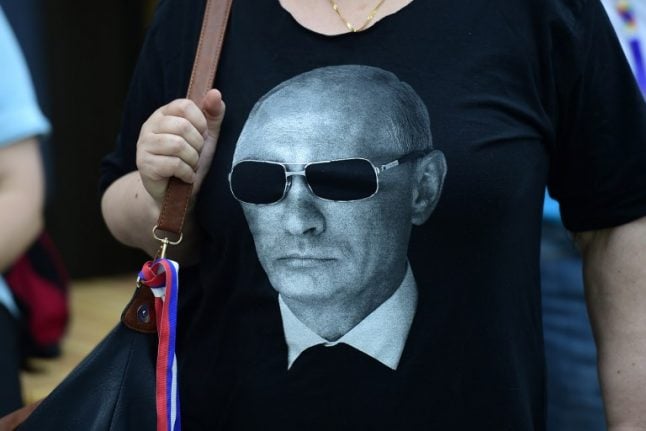 The new proposal to impose sanctions is part of the bloc’s escalating response to alleged malicious Russian activity in Europe.

Action against states behind cyberattacks on European nations is supported by all members except Italy, according to a confidential EU document seen by Reuters this week.

Britain, France, Estonia, the Netherlands, Romania, Slovakia, Latvia, Lithuania and Poland have called for the introduction of sanctions, the document reportedly says.

Other states including Finland and Sweden support a “gradual response” to any future attacks, which could mean taking other measures before resorting to sanctions.

“Responding to large-scale cyberattacks from foreign actors, in particular when they are aimed at our elections, is vital,” EU Security Commissioner Julian King told Reuters.

EU diplomats said the plan was also aimed at preventing cyberattacks from other states including China and North Korea.

Italy’s singular resistance won’t come as a shock. The country’s current government has repeatedly called to de-escalate tensions with Russia and end all EU sanctions against Moscow put in place since the 2014 Ukraine crisis.

Both ruling parties are sympathetic to the Kremlin, and the government has promised to push for a review of EU sanctions. However, Prime Minister Giuseppe Conte has since joined the rest of the bloc in voting to renew sanctions for another six months.

Salvini has repeatedly said that Italy has suffered more from sanctions against Russia than any other EU member state.

He tweeted today: “According to a study by Coldiretti the sanctions against Russia have cost our producers and farmers one billion Euros. I remain convinced that this embargo is a social and economic absurdity that must be stopped, and we will try to make it understood by our international partners.”

During a visit to Moscow in July, Salvini said he wanted to see sanctions dropped “by the end of the year” and threatened to block the EU’s agenda by “any means possible,” hinting at a veto.

But sympathies with Russia are nothing new in Rome. Past governments have urged a relaxation of sanctions against Russia following the Ukraine crisis, and have long said that existing sanctions are damaging Italian businesses.

At the same time, Conte is expected to propose this week that the EU revive funding for small- and medium-sized private businesses in Russia, which was stopped amid the 2014 sanctions, when EU leaders meet in Brussels on October 18th.

Conte has also called for Russia to be readmitted to the G8, echoing a suggestion by US President Donald Trump.

Italy is alone in the EU bloc in its support for Russia. However, Hungarian Foreign Minister Peter Szijjarto also decried the EU's “tough” stance toward Russia on sanctions in Brussels on October 15. He said he was open to proposals to rebuild relations with Russia, Hungary’s second-biggest trading partner before the Ukraine crisis.

Italy’s resistance to the proposal, at a time when the country is already swimming against the current on everything from budget to migration policy, is likely to leave it further alienated from its EU allies.