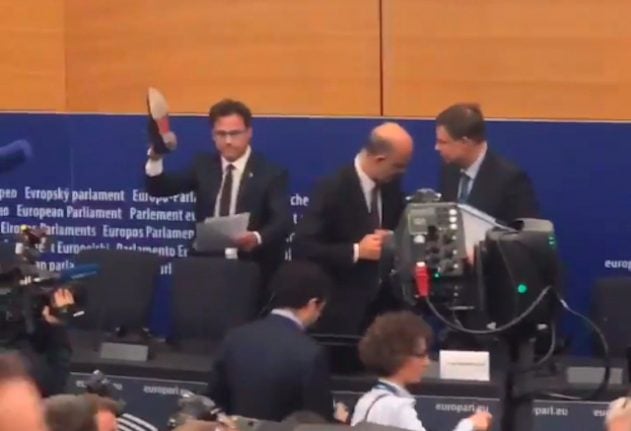 “He's a moron, an agitator, a fascist,” Moscovici said of EU parliament lawmaker Angelo Ciocca on CNews television on Friday.

On Tuesday Ciocca, a member of Italy's hard-right League party, was in the audience as Moscovici gave a press conference in Strasbourg, France, after the EU rejected Italy's 2019 budget proposal, the first time it had opposed a member's spending plans.

After Moscovici's presentation, Ciocca approached the podium and seized the commissioner's papers, then removed his shoe and theatrically crushed them on the table before Moscovici grabbed them back. Ciocca later posted a video of the stunt on Twitter, calling for “respect” for Italy and assailing “Euro imbeciles”.

Moscovici, who had already assailed the “grotesque” incident on Twitter on Wednesday, warned that such actions were a threat to the democratic fundamentals of the 28-nation bloc.

“When you start using violence against institutions, when you trample on the rules, including with shoes, you start drifting toward what we call an illiberal democracy,” Moscovici said. “It's truly the kind of politics I despise, and I'll combat these people until my last breath,” he added, noting that Italy's combative Interior Minister Matteo Salvini had also denounced Ciocca's actions.

Italy's government has provoked a standoff with Brussels after proposing a 2019 budget which would increase public spending, worsening the country's huge debt levels.

The EU commission has given Rome three weeks to revise its plans, or face disciplinary action which could include billions of euros in fines. 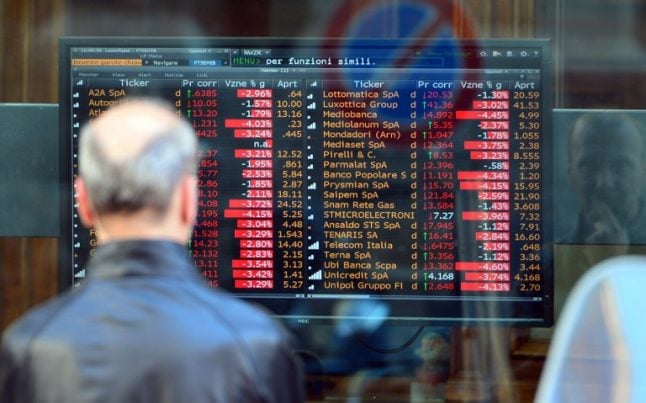 BUDGET
Donald Trump backs Italy’s budget, but will the markets? 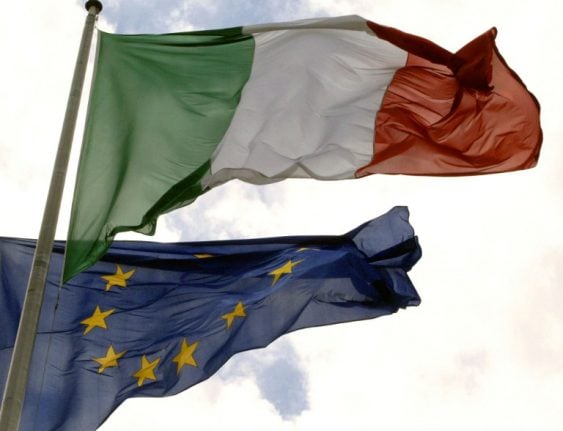 EUROPE
Italy’s budget battle with Brussels: What you need to know
Url copied to clipboard!