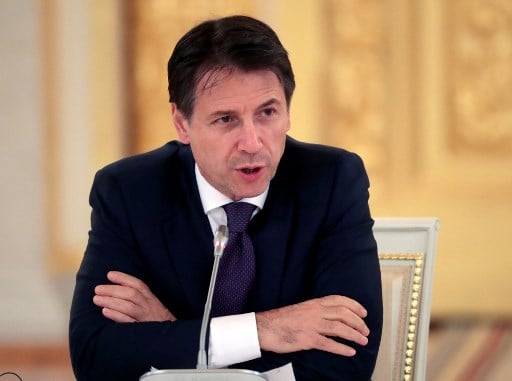 Italy's economic growth stagnated in the third quarter of 2018, official data shows, upping the pressure on the country's government which has based its big-spending budget plan on an optimistic outlook for economic expansion.

Italian Prime Minister Giuseppe Conte shrugged off concerns, saying the slowdown “was expected”, and the government's plan to increase the deficit to 2.4 percent of annual economic output in 2019 was necessary to avoid a recession.

But the country's business association Confindustria immediately blamed the populists, saying “if growth stops it will be the fault of this government and no-one else”.

Rome was not alone however; the pace of expansion across the Eurozone also slowed significantly in the third quarter.

Italy's gross domestic product (GDP) was unchanged between July and September, the national institute of statistics said, as both domestic demand and trade flows failed to spur any growth.

Growth in Italy, the eurozone's third biggest economy, over the first nine months of the year was 1.0 percent.

The disappointing data come with Brussels locked in a standoff with Rome over its populist government's plans for larger deficits despite the high public debt load.

Concerns are mounting about Italy's public finances, with Moody's ratings agency cutting the country's credit rating to a notch above junk status earlier this month and Standard and Poor's downgrading its outlook for Italian sovereign debt on Friday.

The eurozone growth figure — the smallest since the second quarter of 2014 — was well below the 0.4 percent average forecast of analysts surveyed by Factset financial services.

Last week it was announced that business growth in the single currency area fell in October to its lowest level in two years, hit by falling exports according to the closely-watched purchasing managers' index (PMI) survey carried out by IHS Markit.

As well as Italy, the economic mood music in Europe is also coloured by lasting worries about whether a deal will be struck with Britain to avoid an economically catastrophic “no-deal” Brexit and the ongoing trade spat with the United States.

But a commission spokesman put a positive spin on the figures, pointing out that they showed the “22nd consecutive quarter of expansion”.

“Although the pace of growth has shifted into a lower gear, the fundamentals for sustained growth remain in place,” Christian Spahr told reporters in Brussels.