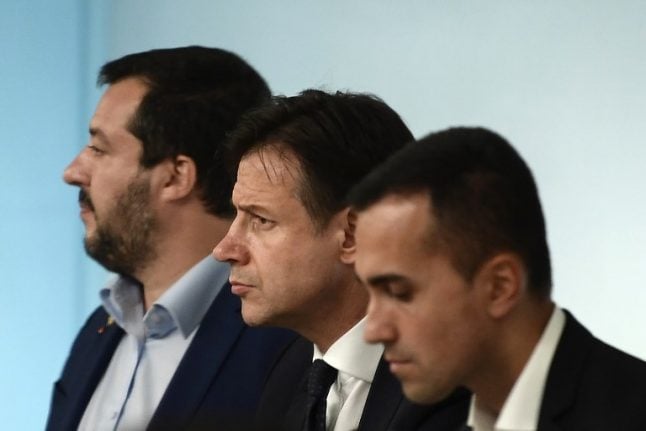 The budget committee is now examining changes made to the controversial ‘people’s budget’ this morning after reportedly working until 2am last night, making slow progress amid quarrels and resistance.

Some of the 54 amendments have been announced. Italian media reports that the government’s pension policy and the citizens’ income are expected to remain in the budget.

The Italian parliament begins voting next week on the government's contested 2019 budget, with Prime Minister Giuseppe Conte optimistic that a deal can be agreed with the European Commission.

The Italian government had initially said it would not move on the planned budget but both sides have s softened their stances and rhetoric.

Rome is now negotiating over the big-spending 2019 budget, with Brussels saying Italy should focus on cutting the deficit rather than aiming for fiscal expansion.

The EU Commission officially rejected the budget on November 21, clearing the way for unprecedented sanctions and deepening a bitter row with Italy's government.

Many analysts fear the new budget could send Italy's economy into recession.

But Italy is already is troubled economic waters. Last week, new data showed that unemployment is up and GDP down in an  economic contraction not seen in Italy since the second quarter of 2014.

Italy’s economy hasn’t just slowed down, as some analysts predicted, but has switched into reverse gear, recording a decrease of 0.1 percent in GDP for the third quarter of 2018.

The figures, compiled for the summer months by the Italian National Institute of Statistics (ISTAT) paint a gloomy picture for the Italian economy, and will weigh heavily this morning as the Italian government continues to amend the budget.

Some analysts now fear that Italy’s economy will end up in recession. A ‘technical recession’ would be triggered after two consecutive quarters of GDP contraction.

Opposition ministers blamed the contraction on the coalition government that took office in June, made up of the Five Star Movement and the League.

However, government ministers were quick to lay the blame elsewhere, as Deputy Prime Minister and League leader Matteo Salvini said the previous government was responsible.

“In 2019, with our budget based on more jobs and lower taxes, Italy will return to growth,” he stated.