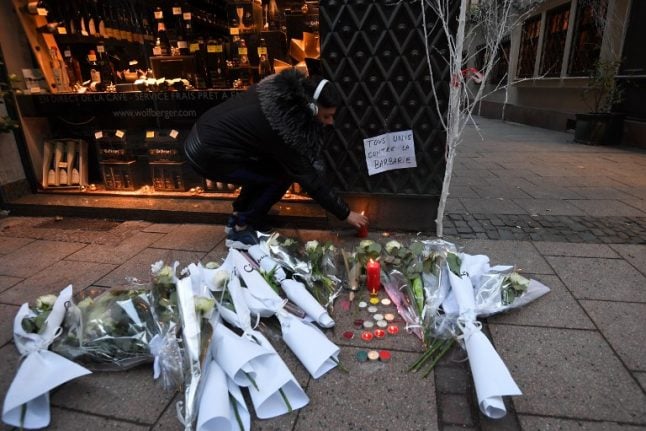 Antonio Megalizzi, a 29-year-old radio reporter from Trento in northern Italy, is in a coma after taking a bullet to the head, his girlfriend's father told Ansa.

“From what I understand … it is not possible to operate because of the position of the bullet, which reached the column at the base of the skull, near to the spine,” Danilo Moresco told the news agency.

Megalizzi was one of 13 people wounded when a lone gunman opened fire on Strasbourg's famous Christmas market on Tuesday evening. Two others were killed.

The journalist had travelled to the French city to report on the latest session of the European Parliament for Europhonica, a radio station specialized in EU parliamentary news. Another of Megalizzi's colleagues who was with him at the time of the attack was also injured, the station said.

Megalizzi was born in Calabria but moved to the north of Italy as a child, Italian media reported.

Friends, colleagues and other Italian journalists posted tributes to him online on Wednesday, many with the message “Forza Antonio”: stay strong, Antonio.

Meanwhile flags few at half mast outside the EU Commission's offices in Italy, as well as at the European Parliament in Strasbourg.

Police in France continue to hunt the man suspected of the shooting, believed to be a 29-year-old local who was on a watchlist of religious extremists. He is reported to have shouted “Allahu akbar” (God is greatest) as he opened fire, before escaping the scene in a taxi.

For the latest updates on the Strasbourg shooting, follow our coverage on The Local France.